See the fall 2020 faculty show in the Margaret Gehman Gallery. 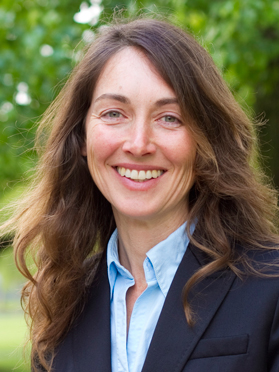 Cyndi Gusler is an EMU alum and an MFA graduate of James Madison University. Cyndi has a background in painting and drawing and working with mixed-media.

Currently in the Chestnut Art Studio are oil and acrylic paintings combining Cyndi's physical environment with her imagined reality.  Daydreams is an evolving playground of imagery that grounds the artist and allows her to fly. 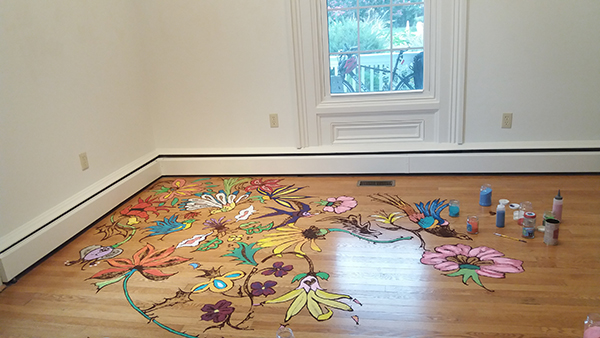 Materiality is always in question as Cyndi explores the potential of materials to become "paint".  Pulling substances such as used coffee grounds from the waste stream and re-appropriating them as drawing mediums is an integral part of the process and content of her ephemeral artwork. While physically short-lived, these drawings hold potency in the memory of the viewer.

In her hands, cast-off objects become the raw material for creating alluring three-dimensional forms. Her show, Conglomerate, a group of sculptures that mimic mineral formations, is made from post-consumer found objects.  A reclaimed hollowed log tediously set with broken blue-glass shards and cut water bottle labels, Azure Dasanite, puts a clever and critical eye on the misuse of water and it's ownership.  Conglomerate has traveled across the US and was featured in the Tellus Science Museum, a Smithsonian Institution-affiliate. 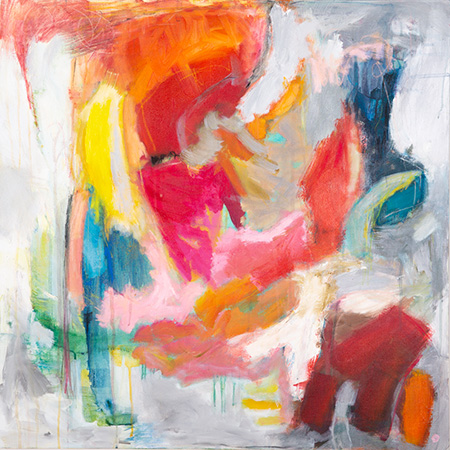 Cyndi’s work includes a mosaic mural inspired by the book, To Kill a Mockingbird, commissioned by the National Endowment for the Arts' Big Read Project. The mural wall, depicting a mockingbird perched atop a tangling vine of bittersweet, guards the exterior patio of the Massanutten Regional Library in Harrisonburg, VA.

Always exploring the potential of objects to be transformed from undesirable to stunning, Cyndi has created work for and directed a series of Trash Fashion shows, runway fashion extravaganzas of innovative attire created from tossed away materials.  Locations include the Convention Centers in Phoenix, AZ, Pittsburg, PA and Columbus, OH. She features her students and guest artists in these productions. 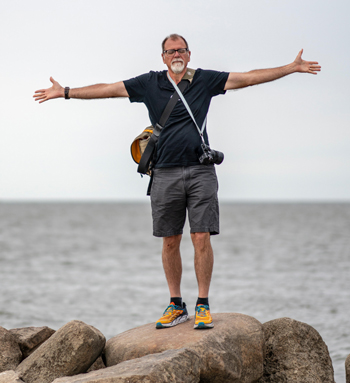 Jerry was the Artist in Residence at The Henry Luce III Center for the Arts and Religion at Wesley Theological Seminary during the fall of 2015, where he created a sixty-panel exhibition, using abstract paintings mixed with photographic ink transfers, 7×7: Laments for an Age of Sexualized Power.

Jerry is the recipient of more than a dozen awards in recognition of his video, public service announcements, and websites. Journey Toward Forgiveness, (can be found on Amazon Prime)  a documentary that he produced, originally aired on ABC in December of 2001 and was aired again in 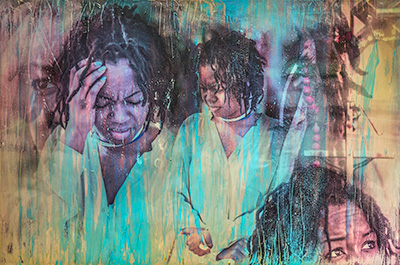 2003 on the Hallmark Channel. In his 12 years at Mennonite Media, Jerry produced “Turning Toward Jesus”, a curriculum to explore Jesus and faith. He produced several series: Rhythms of Peace, Beyond the News and Cloud of Witnesses.

Jerry spent the academic year 2009-2010 at LCC International University in Lithuania as a Fulbright Scholar teaching photography and documentary classes.  While there he learned to paint icons with an Orthodox priest. His Baltic Way photographic documentary has exhibited in Europe and the USA.  Every other summer Jerry takes students on a cross-cultural experience to Lithuania in collaboration with students from LCC.

While much of Jerry’s work focuses on the visual he also enjoys playing acoustic stringed instruments such as guitars, mandolins and bouzoukis, and writing songs. 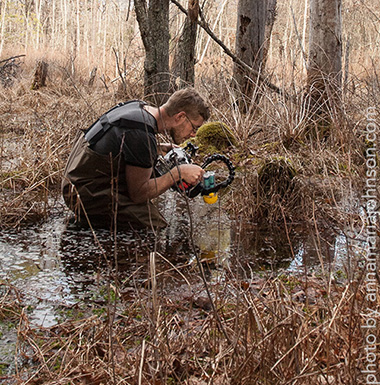 Steven Johnson holds a B.A. in Art from Houghton College and an M.F.A. in Computer Art (Emphasis in Multimedia and Interactivity) from Savannah College of Art and Design.

In 2013, he introduced a new university course in Conservation Photography. Topics include aesthetic responses to the natural world, visual documentation of ecosystems, and an exploration of the relationship between human communities and the natural world. In the course of the semester, students work on a major real-world project in partnership with regional conservation organizations.

When not in the office, you’ll probably find Steve half-immersed in a vernal pond photographing Appalachian salamanders.

I want to encourage students to stretch their faith, intellect, and creativity in a challenging interdisciplinary environment that promotes the development of a poetic sensibility. Artists have the ability to transform their culture and communities through images and stories. In order to serve in this way, image-makers need more than technical competency. They need to possess a conceptual and aesthetic framework that will allow them to communicate effectively, passionately, and ethically. My approach to teaching attempts to provide this by weaving history, ethics, discussions, and studio exploration into a coherent whole.

Steve is married to Anna Maria (a writer and artist). They have two children, Eliza and Magdalena. 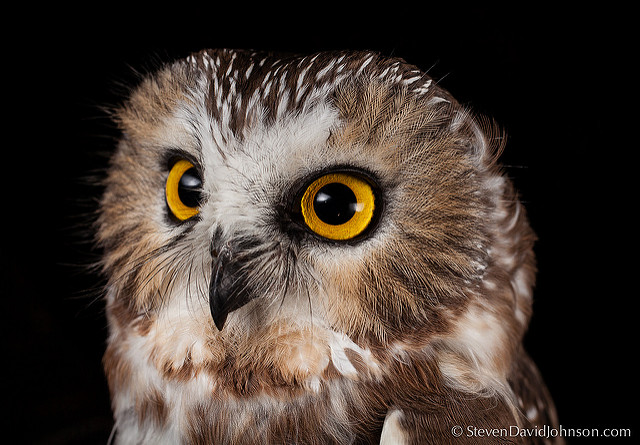 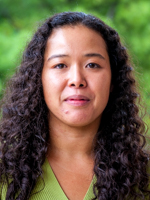 Anna Westfall earned an M.F.A. from the University of New Mexico and a B.F.A. from James Madison University. Westfall is a multi-disciplinary artist whose work often explores the complex relationship between memories, genetics, cycles in nature and the larger system of culture that inform identity. Her sculptures and installations attempt to create the essence and energy found in the natural world while speaking to human perception and understanding of its character. With various materials including porcelain, steel, video projections, acrylic sheet and light, she attempts to capture the ephemeral and fluid nature of identity as well, while speaking to the duality of an immutable essence that exists beyond the material. In addition, Westfall is interested in the value of functional objects that are used in daily life, which shape personal and cultural aesthetics. Westfall has exhibited her work in Virginia, New Mexico, Georgia, Washington D.C., and Massachusetts. Outside of art, she enjoys music, nature and spending time with her family. 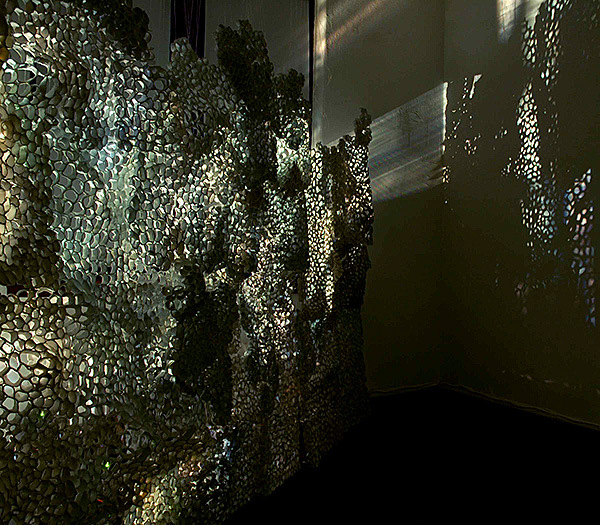