CJP Peacebuilder of the Year Award

The CJP Alumni Award for Peacebuilder of the Year is given annually to CJP alumni who have demonstrated exceptional commitment to CJP’s mission of supporting conflict transformation, restorative justice, trauma healing, development, organizational leadership and peacebuilding efforts at all levels of society.

All of the alumni who have earned master’s degrees or graduate certificates in conflict transformation from CJPare eligible. The award includes tuition for one Summer Peacebuilding Institute course and transportation costs. Nominations may be sent to cjp@emu.edu. 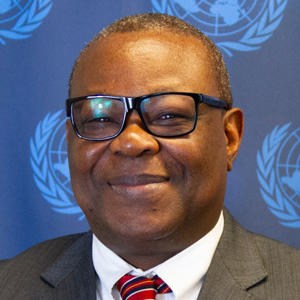 Bombande went on to serve as chair of the board of the Global Partnership for the Prevention of Armed Conflict, Special Assistant to the Special Representative of the Secretary General and Head of the United Nations for West Africa, the Deputy Foreign Minister, among other noteworthy positions. 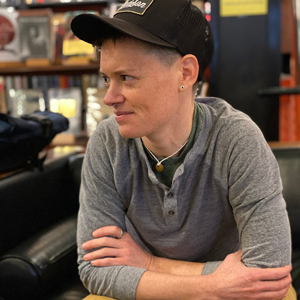 Cole Parke is currently a community organizer for Carolina Jews for Justice, which supports Jewish communities to organize for righteous immigration policy, social justice, and other causes.

Last November, Parke helped organize the first Never Again direct action in the rural South. Never Again Action is a national movement of Jewish people, immigrants, and allies who oppose the arrest and detention practices of the Immigration and Customs Enforcement agency.

Read more about the 2020 award recipients. 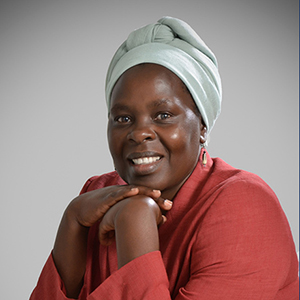 Tecla Namachanja Wanjala (MA '03), is the chairperson of the Kenya-based Green String Network. Its social healing and reconciliation program Kumekucha was selected as one of the top 10 global governance solutions from among 121 projects presented at the November 2018 Paris Peace Forum.

She is also the chief executive officer of the Hear Africa Center, which aims to enhance communities’ local capacities for social healing, restorative justice and reconciliation. The Center, which operates mainly in the Great Lakes Region and Horn of Africa, seeks to cultivate conflict transformation, social healing, reconciliation, restorative justice and remembrance and is a regional research, documentation and think tank center. Read more about Tecla's work. 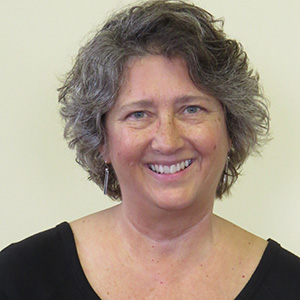 Annette Lantz-Simmons (MA '09) commitment towards conflict transformation, has allowed her to expand the work of the Center for Conflict Resolution (CCR) in Kansas City, Missouri. Taking on large-scale issues, such as violence in schools and mass incarceration, she has creatively built partnerships with schools, police and community-based organizations.

Annette’s firm belief that conflict can have positive outcomes when the focus is preservation of relationships, collaboration and respect, has allowed her to provide children, youth and adults with conflict prevention, mediation and restorative justice practical tools to navigate the challenges they encounter in their own contexts.

Annette’s acute understanding of human systems has also granted her the opportunity to build a strong team of leaders, including CJP graduates Debbie Bayless and Greg Winship (MA’17), who she mentored and encouraged to come to CJP. Learn more about Annette's transformative work. 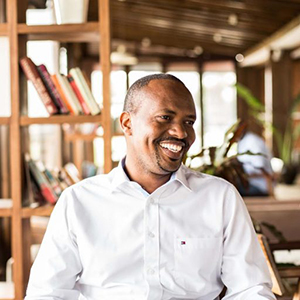 Jean Claude Nkundwa, 2014, has devoted himself to peace processes in his native Burundi. Since May 2015, he has been living in exile in Rwanda while advocating for sustainable peace and human rights in Burundi.

The award honors Nkundwa’s creative and courageous peacebuilding work that combines grassroots education and networking, trans-Africa coalition-building, engagement with multiple stakeholders, effective use of the media, and strategic advocacy at the United Nations and in Washington D.C. 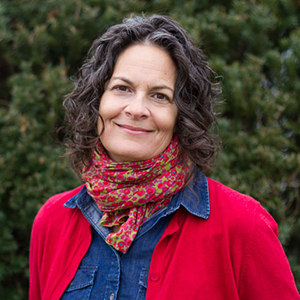 Tammy Krause, 1999, a resident of Harrisonburg, Virginia, has worked on federal capital cases throughout the United States for the past 19 years. Her involvement in the legal profession began as a graduate student at CJP, when she joined Professor Howard Zehr at the invitation of capital defense attorneys to work with victims of the Oklahoma City bombings.

She has pioneered defense-victim outreach, known as DVO, in which an independent intermediary seeks to build professional relationships between the defense attorneys and the victim’s family in an effort to ensure that victim concerns are addressed.