A documentary about Michael J Sharp and Zaida Catalán

As peacebuilders Michael J Sharp (MJ) and Zaida Catalán were willing to risk their lives in order to bring peace to places of violence. While working as United Nations Group of Experts investigating atrocities in the Democratic Republic of the Congo in 2017, they were kidnapped and executed.

No Longer Theory gives us a glimpse of what motivates peacebuilders to enter risky situations. MJ was considered a caring friend despite his elaborate pranks and pushing of boundaries. Zaida grew up knowing she wanted to change the world. She was a humanitarian activist set on making a change for these people. He loved the Congolese people, passionate to be a part of the solutions for people in areas of conflict. Their different motivations led them to a shared passion. Many journalists searched to find out who was at fault following their death. These stories of their roots, their journey to the DRC, and the events leading to their eventual deaths raise new questions: Who were MJ and Zaida? What inspired them to become peacebuilders? How did their upbringing prepare them for the job with the UN? What would it be like to be in their shoes? MJ’s father said “peace-builders should be as willing to risk their lives as those of our friends and neighbors who join the military.” They were not perfect, but that did not stop them from engaging fully in the world around them.

An update from John Sharp:

We just got off a Skype call (April 7, 2021) with Robert Petit, the chief investigator for the MJ and Zaida murders. The investigators, called a Follow Up Mechanism, continue their work with some successes and some roadblocks as usual. The good news is that the chief DRC prosecutor is committed to this case; but of course others are refusing to cooperate. The trial will end June 30, but the FOM investigation will continue. When new evidence is found (such as evidence on the disappearance of the 3 Congolese moto drivers) a new case can be opened. Significant arrests have been made which produced important witnesses for the prosecution. Others have eluded arrest. DRC President Felix Thisekadi says he remains committed to the case likely because he wants to fight corruption and to establish law and order. This serves as a high-profile test case. Next week the FOM report to the UN will be released with many details that I've not included here.

I asked Petit why this story has continued to be high-profile. He said it's because MJ and Zaida were exceptional people with the right skills for the job and because their shocking murders were so antithetical to their goals and efforts. In addition the strong advocacy of the US and Swedish UN ambassadors and US ambassador to the DRC Mike Hammer; and because we the families have been visible and vocal. The president's goals noted above can be added to this list of reasons.

Peacemakers like MJ have a ripple effect on the world. Changing things in small and large ways for the better. Below are a few examples of the ripple effects of MJ's life.

MJ’s friends Keith and Jenna Grubaugh launched The Michael J. Sharp Peace Scholarship Fund to benefit students from the DRC to study at EMU’s Center for Justice and Peacebuilding. David M. Nyiringabo is the first beneficiary. MJ inspired twelve trekkers to climb Kilimanjaro, March 2019, to raise money for the scholarship. Nearly $140,000 was contributed by friends and family. (Kilimanjaro was on MJ’s bucket list.)

Give now to this scholarship

From one syllabus:
An exciting and inspirational adventure this spring semester will be to study the life of MJ Sharp and his United Nations’ supported peace mission in the Democratic Republic of the Congo . . . Last march, 2017 MJ and his Swedish colleague Zaida Catalan on a peace mission for the UN were brutally murdered in the Congo. It was a devastating attack on the belief conflict can be achieved by peaceful means. MJ was just 34 and his colleague equally as young when they met their undeserved and untimely deaths. It will be our work this semester to put together the pieces of this mystery: Who killed MJ and his colleague? What is the present situation in the Congo, a place of unspeakable horrors, where the most horrific atrocities are carried out . . . MJ represented the best in American youth; a young man selflessly believing in helping others, a talented and well educated student with a master’s degree from a German University in Marburg, where he completed a master’s degree program in conflict resolution .

Our goal is to learn all facets of this worthy man. Let us be inspired by what he hoped to accomplish in his life and take this inspiration in our own lives to try to resolve conflicts with others. MJ believed in listening. He listened to the opposition as well as to those who held similar beliefs to his own. . . Countless young people have said MJ’s story has inspired them to do similar work.

Newly elected DRC President Felix Tshisekedi told MJ’s parents in an April 6, 2019 meeting in Washington D. C. that MJ and his UN colleague Zaida Catalan died for the people of Congo and will never be forgotten. 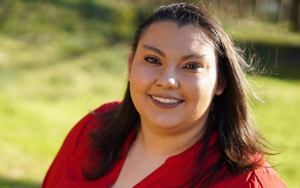 Toni Doss graduated from EMU in 2019 with a BA in Digital Media and Photography. She now lives in Damascus, Virginia, where she grew up taking photos of nature and finding adventure in her traveling opportunities. Since graduating, Toni has spent time doing freelance work and developing her portfolio, while also working as a Printing Associate at Office Depot part-time and as a finance manager for a local Airbnb. 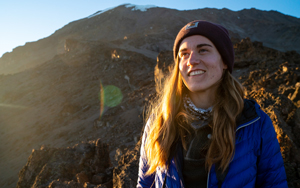 A graduate of EMU's digital media program and producer on the student documentary film No Longer Theory.  Christy is now living in Lancaster PA working at Ten Thousand Villages as a Multimedia Content producer.  Her work includes directing and managing product photography and video content creation for the fair-trade organization.  She continues to have a goal of finding ways to tell stories that need to be told and is looking for opportunities to do that where she's at. 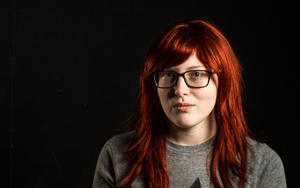 After graduating EMU with a BA in Digital Media and Photography in 2019, Missy Muterspaugh now resides in Bridgewater, VA. Currently Missy works at a local auction house, specializing in antiques, art, and collectables, as part of their social media team. When not actively working on a project, Missy enjoys exploring both rural and urban landscapes discovering little treasures within.

Missy Muterspaugh's other past works include: 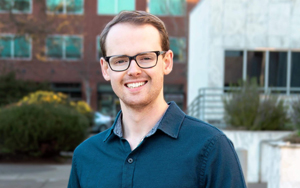 Kieran O’Leary is a business owner, videographer, and photographer living in Salem, Oregon. After graduating with a BS in Psychology and Digital Media, he went on to freelance with Allied Video Productions, a production company local to Salem. In his free time Kieran would work on creating short films to be entered into film competitions, working on his photography, hiking, golfing, and building his business. His current goals after graduating are to help create a lasting impact on the world, whether that be through video and photography, or further developing his leadership skills through his business. If you would like to see more of his work, you can find it on his Instagram: @kieran.oleary48. 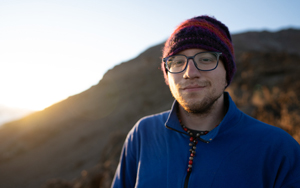 Riley Swartzendruber is a videographer and photographer living in Harrisonburg, Virginia. He graduated with a BA in digital media and photography from EMU in 2019. Currently, Riley works for Gravity Group, a local marketing company in downtown Harrisonburg. Other works Riley has produced include “The Cloud Forests of Guatemala” photo series, Clark County Wetlands Park mini-documentary through the NANPA College Scholarship, documenting a trek up Mt. Kilimanjaro, and filming/editing testimonials about the affordable housing crisis. In his free time, Riley practices his photography while hiking and exploring both new and familiar places. You can find his current work on his Instagram: @RZSwartzPhotography. 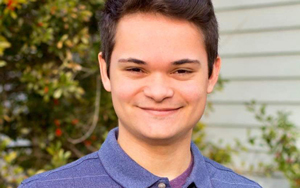 Paul first learned about computer graphics and film at Feltwell Middle School in England, the Air Force school for service members' kids. He pursued his newfound hobby throughout highschool, and college, where he joined the Spectacular Septuplets in the making of No Longer Theory. After college he attended ATP for his flight instructor licenses right in time for the aviation industry to collapse. Now he works as a freelance digital artist and helps his mom look after her greyhound Cora. 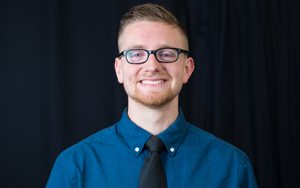 Luke Litwiller is a 24-year-old composer living in Harrisonburg, Virginia. He graduated with a BS in mathematics from EMU in 2019 and is currently working toward a MA in Transformational Leadership at the Center for Justice and Peacebuilding. In addition to his graduate studies and working as an undergraduate admissions counselor at EMU, Luke has continued to write music for media including CJP's Peacebuilder Podcast, Seeds of Peace: A Trek for Change, Zo the Zebra (holiday commercial campaign for Ten Thousand Villages), and the Just a Peaceful Climate Podcast. Luke believes that storytelling is an important piece of peacebuilding and movements for social justice; he loves using his music writing skill to assist in telling stories to shift cultures, raise consciousness, and make the world a more equitable place. In his free time, Luke enjoys reading, exercise, playing video games, and spending quality time with his partner, Nicole Litwiller.