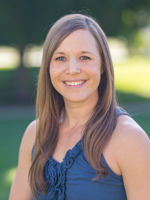 A native of Telford, PA, Suzy graduated from Bluffton (Ohio) University a degree in youth ministry/recreation and music minor. She served five years as part-time youth pastor at Bethel Mennonite Church in West Liberty, Ohio and j oined EMU's Campus Ministries as program assistant in 2009. In 2012 she began her role as a coach. "I see my CoachLink role as a mentor, connector, advocate, and extra layer of support for students I work with. Each student has different needs and goals. I meet each student where they are, stand in the gap whatever it may be, and walk alongside them as they work towards their goals. One-on-one support is powerful. I believe this service can help all students be successful."
Email: suzanne.hostetler@emu.edu 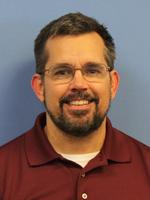 Josh grew up in a suburb right next to Washington, D.C.  He attended Salisbury University (played football) and graduated with a degree in Sociology.  After undergrad, he worked for a year in Washington, D.C. as a live-in youth counselor, at a home for troubled youths (where he first felt called to mentor students).  He then went back to Salisbury University and earned a master's degree in Education Administration with a concentration in Counseling. Josh worked for a year in Sussex County, Delaware as a Case Manager for individuals and families with learning disabilities.  From there, he went to Clemson University in South Carolina (met his wife Darcy!) and completed a Ph.D. in Educational Leadership with a cognate in Law.

For the past twenty years, Josh has been working as an administrator at James Madison University.  He retired last year after a number of years as Dean of Students.  Josh has always felt called to work with people/students in need of additional support and spent most of his time at JMU doing just that.  He looks forward to coaching and mentoring students in the EMU community.  Josh lives in Lacey Springs, VA, with his wife Darcy and three teenage daughters (prayers always appreciated!). 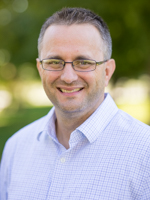 Zachary grew up on a farm near Broadway, Virginia and graduated from Broadway High School in 1997. He attended Messiah College and received his B.S. in Biology/Teaching Certification in 2001. After teaching in Clovis, New Mexico for a year, he returned to Virginia to teach Biology in Rockingham County Public Schools. He received his M.Ed. in Secondary Education from James Madison University in 2004. Zachary taught 7th grade Life Science, Biology, and Anatomy and Physiology for 11 years in the county schools before beginning a position at EMU as Director of Retention in January of 2014. He was recently promoted to Assistant Provost for Student Success after completing his PhD in Postsecondary Analysis and Leadership from James Madison University.  Zachary is honored to provide leadership to this program and says “CoachLink is a program that all universities should have available for their students.  The individualized, proactive relationship provided by our coaches helps students navigate the increasingly complex world of higher education.  Balancing school, work, family, friends, relationships, and personal time is a challenge for all adults, but especially college students.  Most importantly, our coaches are awesome and understand the dynamics of working with young adults and finding ways to help them succeed academically and personally.”

life coaching at college • fostering well being • helping you succeed