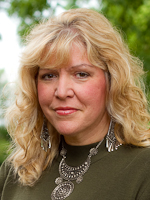 Carolyn Stauffer has taught at the graduate and undergraduate levels at 2 higher education institutions on the African continent and holds a doctorate in Sociology from the University of the Witwatersrand in South Africa. She lived and worked in Southern Africa (16 years) and the Middle East (17 years). Stauffer has conducted training in Asia, the South Pacific, North America, East and Central Africa, Europe, and the Caribbean. As a veteran in cross-cultural settings, Stauffer is an agile educator who uses both left and right brain educational approaches to engage our postmodern and global world.

Stauffer’s research interests include gender-based violence, sexual harms, trauma and resilience, social capital, and intersectionality theory applications. Undergirding Stauffer’s academic pursuits is a rich tapestry of work experience in the human service and humanitarian aid arenas. While in the U.S., Stauffer worked in the mental health field in the Shenandoah Valley as well as researching urban demographics amongst marginalized center-city communities in Richmond, Virginia. During her decade and a half in Africa, Stauffer worked under the auspice of MCC, an international relief and development organization with development and emergency assistance training initiatives that took her from the southern-most tip of the continent (Cape Town) to the outlying eastern parts of Uganda (Jinja).

During her time in South Africa, Stauffer worked as an organizational development consultant (with NGOs and blue chip companies undergoing dramatic post-Apartheid workplace diversity shifts), in the domestic and gender-based violence field (as a senior trauma counselor and public relations officer for a rape crisis support center), and as a community development specialist (and founding member of a Soweto-based HIV/AIDS Program servicing AIDS infected or affected communities living in the informal settlements surrounding Johannesburg). Stauffer weaves the depth and breadth of these many and varied experiences into her decade of teaching.

Carolyn is married to CJP professor Dr. Carl Stauffer, and together they have had the privilege of sharing life with their two children. Carolyn is fluent in Hebrew, loves dance, music and art, and enjoys all things creative, imaginative and off the beaten track.