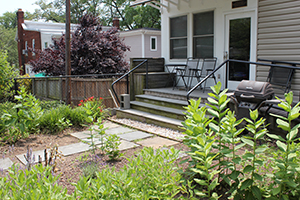 In 2006, WCSC moved to a new home located in the residential Brookland neighborhood of Washington, DC.  The house is remodeled to fit the needs of the program and promote a communal atmosphere.

The house is designed for up to 15 students and has 5,000 square feet of finished space including a full modern kitchen, nine bedrooms, five bathrooms, dining and living room areas, and a versatile multi-purpose room for program courses, recreation, and guest lodging. Program offices are also located on the ground floor. The house is accessible, and has a bus st

op directly in front that can take you to the metro station. 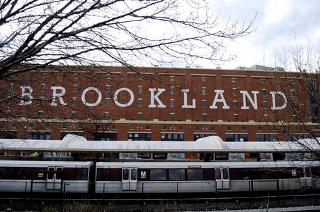 Directions to the WCSC

The new facility was dedicated to Nelson Good (EMU ’68, Sociology), whose involvement with WCSC is legendary. Founder of the program, he was the director for many years and returned to the program as a member of the advisory board. When current director Kim Schmidt and former co-director Doug Hertzler began talking about the current house’s limitations, their vision for an expanded facility and their worries about the current real estate market, Nelson came to them saying that this was a nut he would like to crack.

As he was providing voluntary leadership for the project – from finding the building to gathering the architectural and construction teams, to working with the development office – he was diagnosed with cancer. Nelson passed away in the months before the new facility’s dedication.