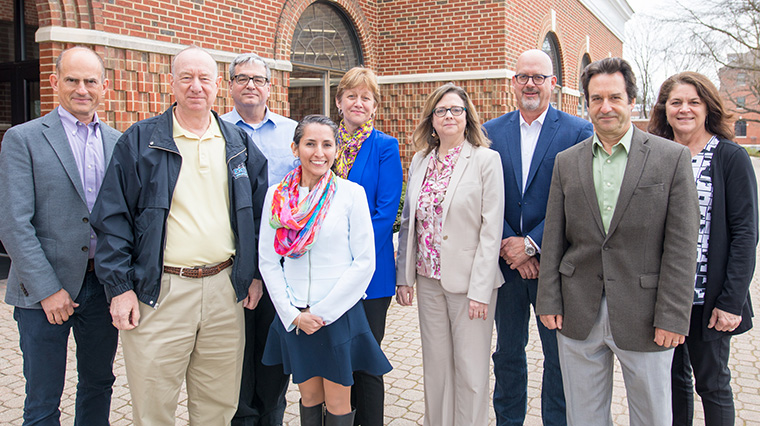 The President’s Second Century Advisors assist the President and Board of Trustees in advancing EMU’s mission in three vital areas: 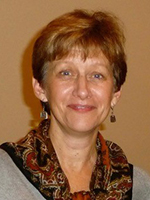 Kay is Eastern Mennonite University (EMU) Board of Trustees’ Chairperson. She is an alumna of EMU, American University in Washington D.C., and a doctoral candidate at Eastern University in PA.  Kay is affiliated with AlignOrg Solutions, a global consulting firm, and a partner with The MVP Group, Inc.. She and her husband Steve have two daughters, Kate Bergey (Benjamin) and Hanna Ruth (Calvin). She is a member of Emmanuel Mennonite Church in St. Paul. Kay is committed to giving back to her community, and enjoys hiking, travel and reading. 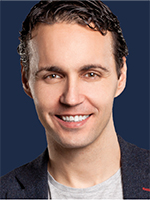 Anxo Pérez is an entrepreneur, inspirational speaker, author, and the founder of 8Belts.com. Pérez, a Madrid resident, is fluent in nine languages. He is the author of The 88 Steps of Success, a No. 1 nonfiction bestseller in Spain, and The Intelligence of Success. A popular speaker, Pérez has given some 400 keynoters on five continents. Pérez graduated from Eastern Mennonite University in 1997 with a bachelor’s in liberal arts with minors in music and English as a second language. 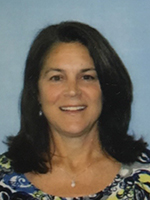 Joanne Brenneman Speigle, MD, is a diagnostic radiologist at Doylestown Radiology Associates. Dr. Speigle earned her B.S. from Eastern Mennonite College in 1981 and her M.D. from Medical College of Virginia in 1989. During her time at EMC, she was a member of the women’s field hockey and women’s basketball teams. Dr. Speigle was the president of Mennonite Medical Association from 2009 to 2011, and served on the board at Spruce Lake Retreat Center. She is married to Wayne Speigle, a 1980 graduate of Eastern Mennonite College, and lead pastor at Blooming Glen Mennonite Church. 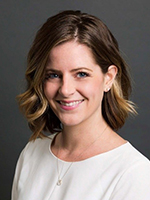 Liza Heavener has wide-ranging experience working nearly ten years in federal politics, grassroots and campaign strategy and with the United States Congress. Liza currently serves as the Chief Operating Officer at NEXUS Global. She works to unite young investors and social entrepreneurs to catalyze new leadership to accelerate global solutions. She was also a founding member of an organization dedicated to stopping deforestation in Borneo, Indonesia and assisted in building an orangutan rehabilitation center in the rainforests of Borneo. 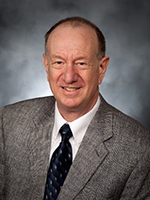 Merv Hess is a retired hospital administrator, serving as the Senior Vice President and Chief Operating Officer of Blake Medical Center from 1995 until 2005. He served in other administrative capacities at Blake Medical Center since 1982. He earned his B.A. in Chemistry from Millersville University in 1970, and his M.B.A. from Northeastern University in 1981. Merv is a member of James Street Mennonite Church in Lancaster, PA and Covenant Mennonite Fellowship in Sarasota, FL.He is married to Nora Hess, former EMU board member. They have two children and one granddaughter. 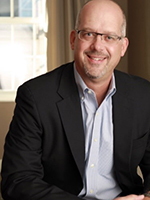 Rick Augsburger is the Managing Director of the KonTerra Group, an organizational effectiveness consulting firm based in Washington, DC.  Rick directs corporate operations, overseeing consultancies on staff care resiliency, leadership development, and much more. Rick has 30+ years of experience in international development and emergency management. His expertise includes organizational effectiveness, resiliency and staff care. He has traveled extensively, working on relief and development programs in 72 countries. He played a pivotal role in the creation of the STAR (Strategies for Trauma Awareness and Resilience) program at Eastern Mennonite University. 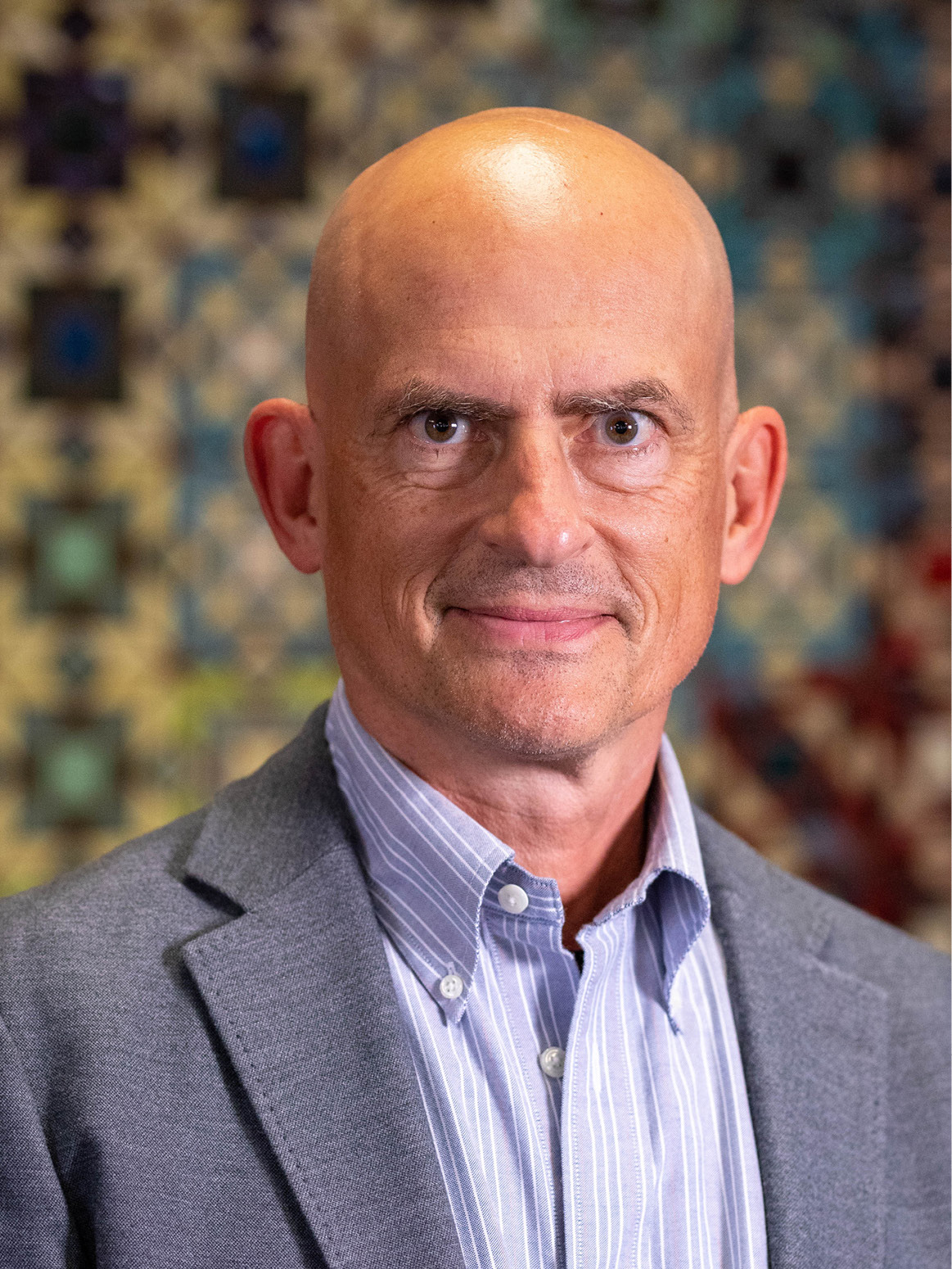 Dr. Shawn Ramer currently consults for the health and wellness industry. Shawn retired from Bristol-Myers Squibb in 2016 where he was senior vice president of IT. Prior to BMS, he held global scientific  and technology leadership positions at Hoffmann La-Roche. He has  extensive experience in partnering with biotech, technology, and IT service companies.

Shawn chaired several pharmaceutical industry forums for information management, served on the board of the eHealth Initiative, and has been involved as board member, former owner, and advisor of Shalom Mountain, a non-profit personal growth center in the Catskill mountains.

Shawn is a third-generation EMU graduate, where he earned a BA in chemistry. He also holds a PhD in organic chemistry from the University of Alberta, and was a postdoctoral research fellow at Harvard Medical School.

He is married to Victoria Myer ‘83; they have two adult daughters. Shawn and Victoria reside in Conestoga, Pennsylvania, and Escondido, California, and attend Community  Mennonite Church of Lancaster. 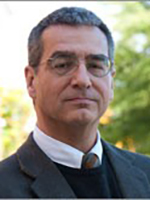 Anthony Pratkanis is currently Professor of Psychology at the University of California, Santa Cruz where he studies social influence and persuasion. He earned his Ph.D. in 1984 from the famed social psychology program at the Ohio State University. He began his career in the business school at Carnegie-Mellon University where he taught popular courses in advertising and consumer behavior. He is a fellow of the Committee for Skeptical Inquiry, American Psychological Association, and Association for Psychological Science. He has appeared in the mass media over 500 times including the Oprah Winfrey Show, Dateline NBC, CBS News, Washington Post, New York Times, and CNN. 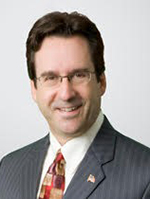 Philip "Phil" Baker-Shenk is a Native American Law attorney and partner in Holland & Knight's Washington, D.C., office who provides legal and policy representation to dozens of American Indian and Alaska Native tribal governments and organizations as well as companies doing business with Native communities. Phil has decades of experience forging practical, common-sense solutions to the diverse challenges confronting his clients. Nothing satisfies him more than when he has secured a goal that benefits his clients and energizes his reputation for effective advocacy.  Holland & Knight is one of the largest law firms in the U.S. 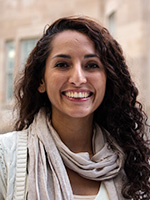 Claudette Monroy is originally from Torreon, Mexico, and came to the United States at the age of 15 with her mother and younger sister. She received protection from deportation and employment authorization in 2013 through President Obama’s Deferred Action for Childhood Arrivals (DACA). Claudette earned a dual undergraduate degree in Economics and Justice, Peace and Conflict Studies in 2010 from Eastern Mennonite University. She graduated in 2018 from George Washington University with a Master’s degree in International Education. She has devoted her work towards supporting low-income immigrant mothers and children. She continues to share her story to advocate for younger DREAMers and the overall undocumented community. Currently, she works at The District Church as Operations Manager where she oversees the church’s financial and operational functions as well as a fellowship leadership program for young adults.