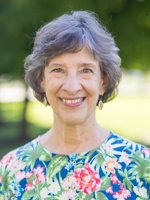 Sharon Miller is the Administrative Director of the Shenandoah Valley Preparatory Music Program which currently serves nearly 400 students from 5 Virginia counties and West Virginia. She has a studio of violin and viola students and teaches Suzuki Pedagogy courses through the Preparatory Music Program and at workshops and summer Suzuki Institutes throughout the United States. Ms. Miller taught music education courses at Eastern Mennonite University from 1989-2014.

Ms. Miller received her M.Ed. (music) from Towson State University and M.M. (Suzuki Pedagogy) from East Carolina University. She is a registered Suzuki Violin Teacher Trainer with the Suzuki Association of the Americas and has taught at Institutes and workshops around the United States. As a performer, she plays violin with the University Shenandoah Symphony, the Shenandoah Valley Bach Festival and the Waynesboro Symphony Orchestra. She also performs viola with several chamber ensembles.

Ms. Miller has presented research papers on the topic of music reading at the International Suzuki Research Symposium in 1999 and 2001.

Volunteer work includes being a greeter and participating in worship at her church, and assisting clients at Patchwork Pantry.

Before coming to EMU in 1989, she taught strings and orchestra for 11 years in Baltimore and was the music department chair at Arlington Baptist School.