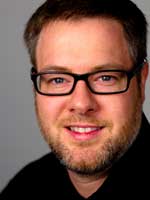 James Richardson, baritone, is currently assistant professor of music at Eastern Mennonite University where he teaches voice. Mr. Richardson holds his master of music degree from The Peabody Conservatory of Music of The Johns Hopkins University where he graduated Pi Kappa Lambda and was awarded the Annie Wentz Prize in Voice. He is also a first and second place winner in the NATS mid-south auditions and a four-time semifinalist. While in the studio of Marianna Busching and under the coaching of John Shirley-Quirk, he performed numerous opera roles ranging from early works such as Bacchus in Purcell’s Timon of Athens to 20th century opera including Bartly in Vaughan Williams’ Riders to the Sea and the Vicar in Britten’s Albert Herring. His work with master teachers includes Martin Isepp, William Stone, William Sharp, and Vinson Cole. Equally at home in the world of oratorio, Mr. Richardson’s performance in Judas Maccabaeus was described by the Baltimore Sun as “polished, richly laden with vivid tempos and dynamic phrasing.” More recently, at Westminster Choir College he performed Vaughan Williams’ Five Mystical Songs; and he toured throughout Ukraine as a soloist with Philadelphia’s Tenth Presbyterian Church Choir and Westminster Brass. As a regular recitalist and art song enthusiast, repertoire from the past couple seasons includes cycles by Brahms, Schumann, Spohr, Holst, Finzi, Hoiby and Kohn; not to mention solo Bach cantatas Amore traditore and Ich will den Kreuzstab gerne tragen. Mr. Richardson also partnered with pianist and composer James Clemens in a program featuring Clemens’ Lessons: A Song Cycle for My Daughter, and has also been a frequent soloist with the Shenandoah Valley Bach Festival, where he has sung the Mass in B Minor; the part of Schlendrian, the disapproving father in the Coffee Cantata; and the Count from The Marriage of Figaro.