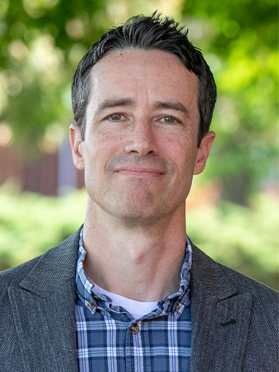 Timothy Seidel is associate professor of peacebuilding, development, and global studies and director of the Center for Interfaith Engagement at EMU. He has worked in various peacebuilding and development contexts in North America and the Middle East, including serving for several years with Mennonite Central Committee (MCC) in Palestine-Israel and as director for Peace and Justice Ministries in the U.S. Seidel previously taught at American University and Lancaster Theological Seminary. He holds an MTS from Wesley Theological Seminary and a PhD from the School of International Service at American University in Washington, DC. He is co-editor of Political Economy of Palestine: Critical, Interdisciplinary, and Decolonial Perspectives (Palgrave Macmillan, 2021) and Palestine and Rule of Power: Local Dissent vs. International Governance (Palgrave Macmillan, 2019).