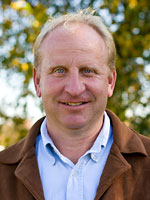 Twenty eight years as EMU’s Men’s Soccer Coach: 1991-Present, In 2017, his team finished tied for 6th in the ODAC regular season. Mast has put together an impressive resume with his teams advancing to the Old Dominion Athletic Conference Finals five times and the NCAA Division III “Round of Sixteen” in 1998. He has three times been named ODAC “Coach of the Year” and also received Virginia State Coach of the Year honors from the Virginia Sports Information Directors in 1998. His record during his tenure is 240-237-43.

A graduate of Eastern Mennonite University Mast also received his EdD in Educational Leadership: Higher Education in 2007 from Argosy University. He also holds a MS degree in Health & Physical Education: 1990 from West Chester University.
Mast also holds an NSCAA: National, Advanced National, & Premiere Diploma. He is the Director of Kick’s Soccer Camp: 1986-present He has served as an NCAA Division III Championships Committee Member 1996-1998, and as Chair in 1998 and as a Virginia Western District ODP Coach 2000-01, and Virginia ODP State Assessor 2001; and served as a Shenandoah Valley United Soccer Association Board Member and on their Travel Oversight Committee from 1998-2011.
Coach Mast serves is an active member both at Harrisonburg Mennonite Church and in the local community. He enjoys the outdoors, sports, traveling, playing guitar, landscaping and wood working. He lives in Harrisonburg and loves spending time with his wife Cheryl, and sons Mark (25) and Grayson (22). Mark graduated in 2015 is married to Rachel Kennel (EMU 2014) and is attending Temple University – Maurice H. Kornberg School of Dentistry and Grayson graduated from EMU in 2018 as biology major with minors in chemistry and psychology and is attending West Virginia University School of Medicine.