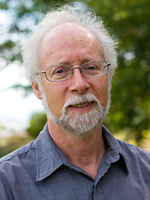 One of the most urgent needs for the church in the twenty-first century is a new generation of creative and courageous leaders with a clear vision of the kingdom of God and a commitment to representing the good news of Jesus in the world. After two decades of teaching culture, religion, and mission courses to undergraduates at EMU, leading numerous semester-long and summer cross-cultural study programs in the Middle East, and directing the John Coffman Center for Missional Leadership Development at EMS, Dr. Linford Stutzman now directs and teaches courses in the new Biblical Lands Educational Seminars and Service (BLESS) program at EMS that brings all of the above together. In cooperation with mission and service agencies, BLESS provides unique overseas study opportunities for young adults and others that connect the dynamic and dangerous first century “Romanized” world of Jesus and Paul with our dynamic and dangerous globalized twenty-first century world of the future.

Dr. Stutzman’s curiosity for the world and commitment to sharing the good news of Jesus began as a teen-ager in British Columbia where his parents were missionaries among Native Americans. Service in Israel, long-term mission assignments in Germany and Australia, a BA from EMU, and MAR from EMS, and a PhD in Religion and Culture from The Catholic University of America, provide the experiential and educational foundation for Dr. Stutzman’s passion for taking students into the world to learn from Jesus and his early followers.

Each summer since 2004, Dr. Stutzman and his wife Janet have been exploring the Roman Empire, Paul’s mission activity, and the book of Acts aboard their “research vessel” SailingActs, and leading study seminars on and around the Mediterranean Sea for seminary students and others.