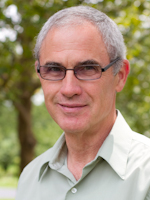 Jack Rutt graduated from EMU in 1972 with a degree in psychology and first worked for a small automobile insurance company for five years. In 1977 he joined several partners in the purchase of an office products store which launched his career in technology as a reseller of personal computers in the 1980’s. In the 1990’s he worked in the information systems departments of several health insurance companies and in 1999 accepted an invitation to return to EMU as Director of Information systems.

On May 1, 2014, after nearly two years of planning initiated by Jack, the position of Director of Information Systems transitioned to Ben Beachy, who first worked in EMU Information Systems as a student technician prior to his graduation in 2012, and was promoted to a number of IS department positions over the years. Jack now works within the Office of Provost on special assignments that typically involve project management, data analysis or other technology-related skills. His top priorities for 2015 involve being part of the EMU project management team for the Suter Science Center and implementation of TeamworkPM as EMU’s institutional online project management system.

He is married to Gloria whom he met during his college days at EMU. They have two children who are also graduates of EMU and three granddaughters. Jack and Gloria enjoy bicycling and gardening projects. He is a member of Community Mennonite Church in Harrisonburg where he occasionally plays cello. They also enjoy traveling and regularly visit their son and his wife in Boston or daughter and her family in Germany. He also frequently bakes bread, specializing in French baguettes, boule and German brotchen.