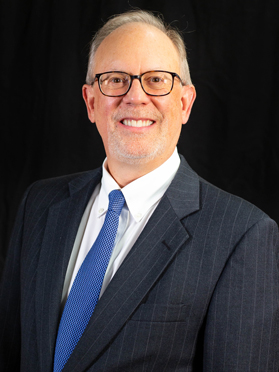 Shisler, a 1981 EMU alum, oversees the 12-member advancement team, which includes leadership for capital campaigns, annual and planned giving, alumni and parent engagement, and church relations. Shisler also serves EMU as a member of the university’s executive leadership team and president’s cabinet. As vice president for advancement, Shisler serves as a staff liaison to the EMU Board of Trustees Nominations Committee and Institutional Resources and Sustainability Committee.

Prior to his current assignment at EMU, Shisler served in a variety of roles since 1981 with ProLiteracy Worldwide, a nonprofit international literacy organization based in Syracuse, N.Y., that was formed by the 2002 merger of Laubach Literacy International and Literacy Volunteers of America, Inc. This oldest and largest nongovernmental literacy organization in the world pursues a mission of sponsoring educational programs that help adults and their families acquire the literacy practices and skills they need to function more effectively in their daily lives.

Shisler joined Laubach Literacy International in 1981 as public communications officer. In 1984 he became director of planned giving and in 1988 was appointed director of fund development.

From 2002 to 2005 Shisler served as vice president for fund development with ProLiteracy Worldwide. In this capacity he supervised an eight-member staff and assumed the lead role for major gift development for ProLiteracy’s U.S.and International programs.

Shisler is a native of Telford, Pa., a 1976 graduate of Christopher Dock Mennonite High School, Lansdale, Pa., and received a bachelor of arts degree in English from EMU in 1981.