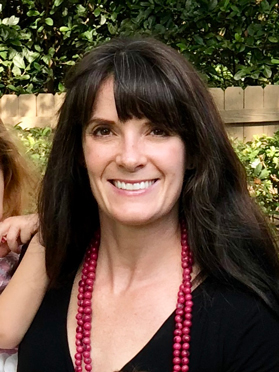 Hilary was licensed to practice law in Tennessee in 2005, and practiced insurance and medical malpractice defense at the Chattanooga firm of Spears, Moore, Rebman & Williams. She was licensed to practice law in South Carolina in 2006, and practiced in the areas of workers' compensation defense, mass torts, and expert witness preparation at the Greenville firm, Gallivan, White & Boyd. She was licensed to practice law in North Carolina in 2011, and then turned her focus to part-time, pro bono practice only. She was first sworn as an Assistant District Attorney in the 4th Prosecutorial District of North Carolina (Onslow County) in 2011, where she worked in Superior Court, focusing primarily on homicides and sexual offenses. In 2013, she began a long-standing relationship with Legal Aid of North Carolina, working in their Lawyer on the Line Program and in their statewide legal aid clinics. Her legal aid work focused on family law (custody and divorce), Medicaid, and simple wills. She continued working in conjunction with Legal Aid of North Carolina until 2019, but also began a pro bono relationship with Blue Ridge Legal Services, located in Harrisonburg, VA. There her work focused mainly on consumer credit and bankruptcy issues.

With short-lived, online university teaching experience with Ashford University (teaching the United States Constitution), Hilary applied for and was hired on as an adjunct professor of Criminology at EMU in the Spring of 2017. In 2020, she was licensed to practice law in Virginia. In 2021, EMU hired Hilary to also teach Criminal Justice as an adjunct.

Hilary Moore is involved in the Shenandoah Valley criminal justice reform community, participating in the Valley Justice Coalition and the Rockingham-Harrisonburg Page County Reentry Council (Legislation Committee). She is currently being considered for appointment to the Alternatives to Incarceration Committee of the Rockingham/Harrisonburg Community Criminal Justice Board.

In her free time, Hilary is a freelance writer (publications can be found in the attached CV); a member of the Rocktown Rollers (Harrisonburg's women's flat track roller derby team); a youth soccer coach for Shenandoah Valley United Soccer Association; and the owner/operator of a small farm business, Three Peaks Farm d/b/a Apiary Apothecary. She has been married for more than 15 years and has three children.