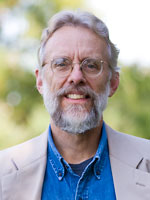 Barry Hart is a professor Emeritus of Trauma, Identity and Conflict Studies in the Center for Justice and Peacebuilding. Dr. Hart has conducted workshops on psychosocial trauma recovery and reconciliation in Northern Ireland, Liberia, Sierra Leone, Uganda, Burundi and among Rwandan refugees in Tanzania. Hart has lived and worked in the Balkans where he developed and led trauma and conflict transformation programs for schools, communities and religious leaders. Barry was engaged in a three year peacebuilding institute and curriculum development project between EMU and the University of Hargeisa in Somaliland (2008-2011). He holds a Ph.D. in Conflict Analysis and Resolution from the Institute for Conflict Analysis and Resolution (ICAR), George Mason University.