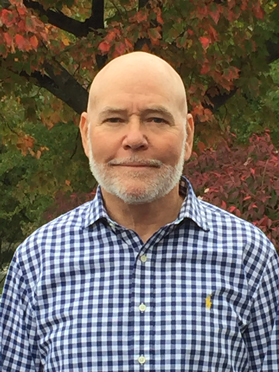 David comes to EMU @ Lancaster after spending 35 years as a teacher and counselor in private and public education settings. Growing up in Harrisonburg, David graduated from Eastern Mennonite College and was hired by Lancaster Mennonite High School. He spent the majority of his employment in public education, the most recent being in the Conestoga Valley School District.

After completing his Master’s studies at Temple University, David transitioned to the school counselor’s office. In 2016, he graduated from Immaculata University with a doctorate in school administration, which led him to his current position.

David is married to Rachel Witmer Martin (also a graduate of EMU) and together they have three adult daughters. Avid travelers, the Martin family visited all 50 states before their oldest daughter graduated from high school. And if the weather is nice, look for David, on his bike on the back roads of Lancaster County.