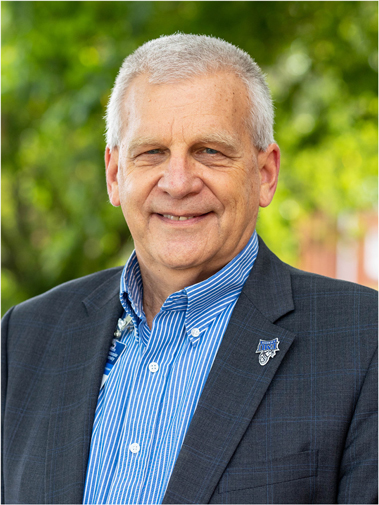 Dave began his professional career in the alumni office at EMU before moving to Lancaster, PA where he taught elementary and middle school Physical Education, was the athletic director and coached several sports. After receiving his master’s degree, he served as Executive Director at Camp Hebron for five years. In 1991, he was invited to Lancaster Mennonite High School where he served for 14 years as Athletic Director along with various administrative duties, including Middle School Principal. He returned to EMU in 2005 to carry out his vision for an athletic program of excellence through which Christian character is developed.