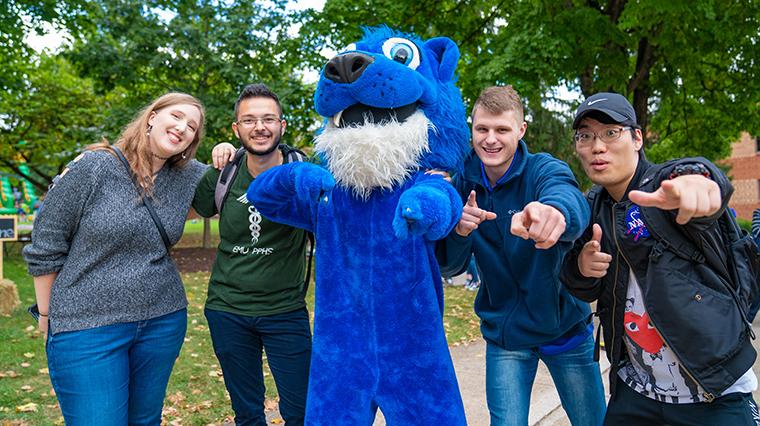 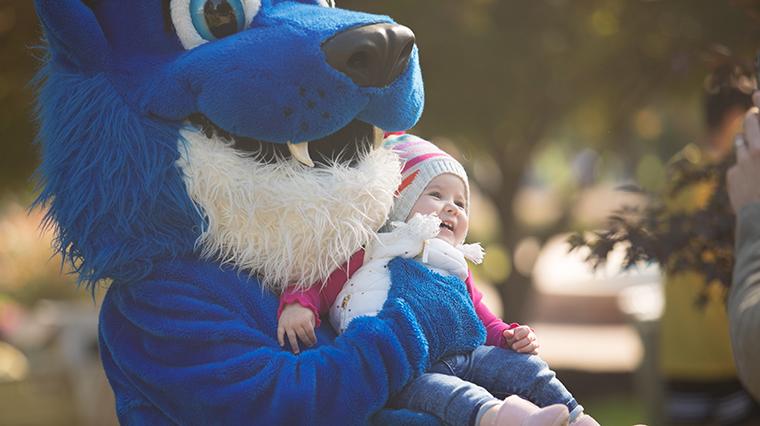 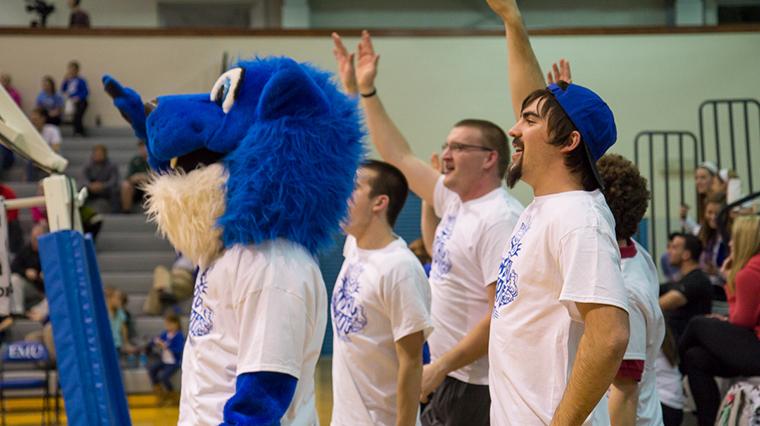 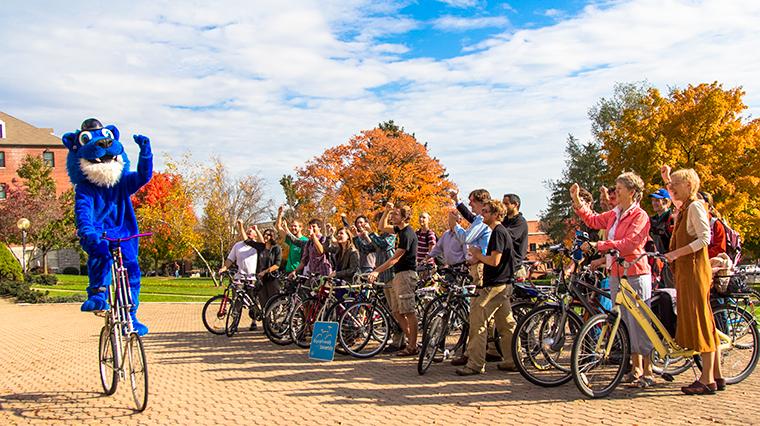 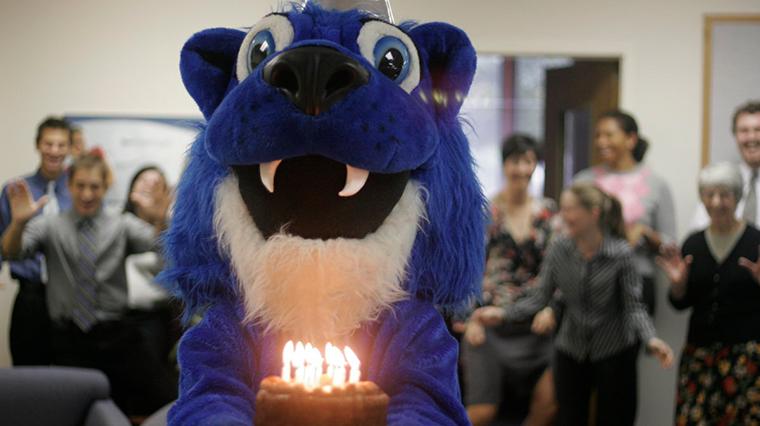 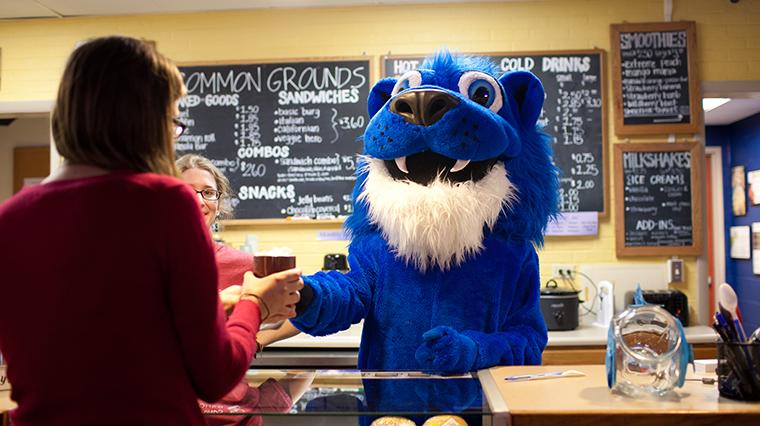 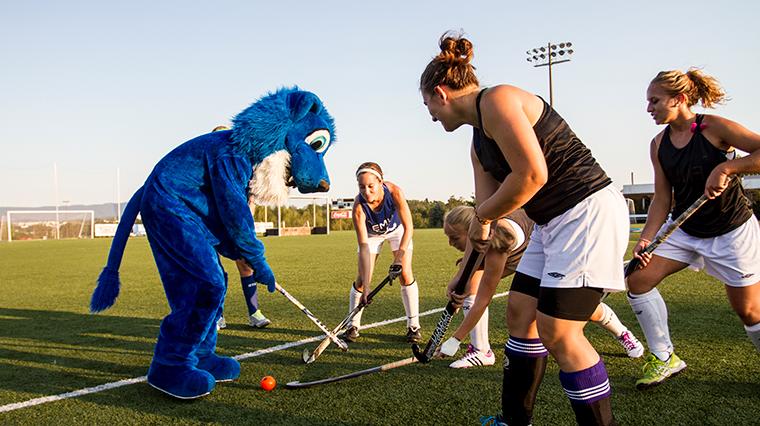 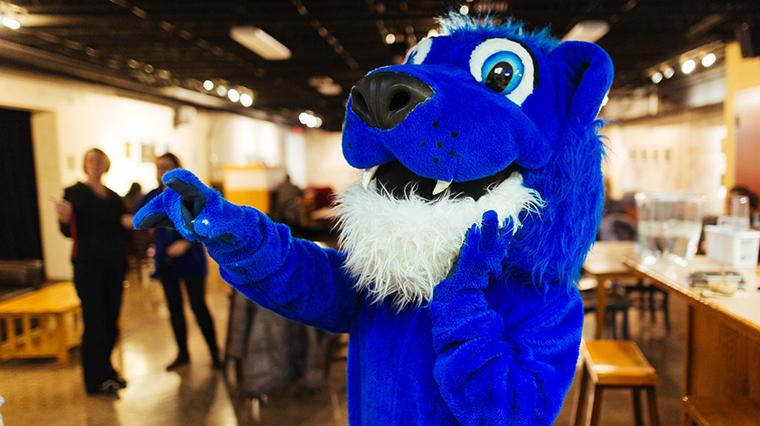 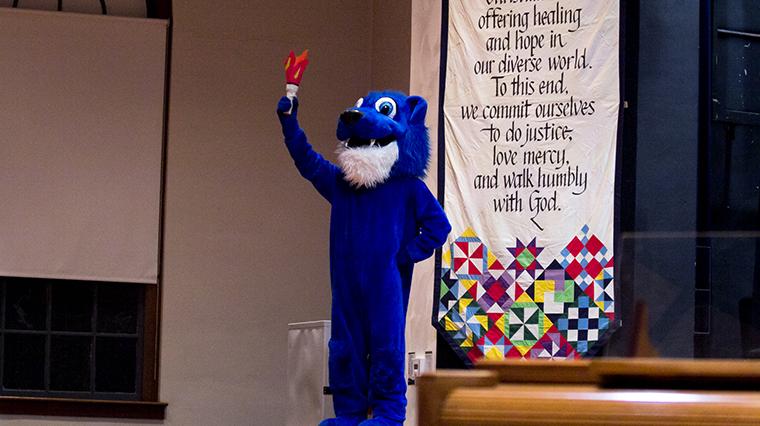 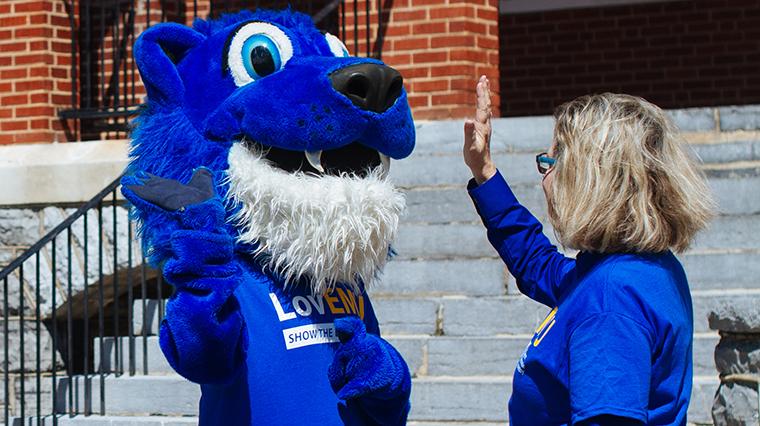 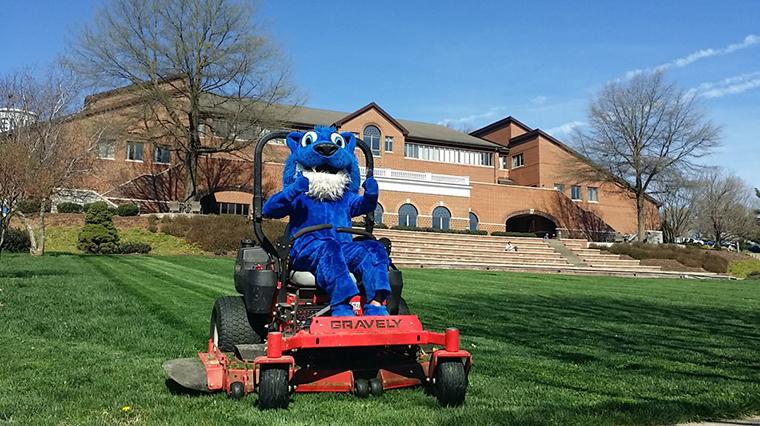 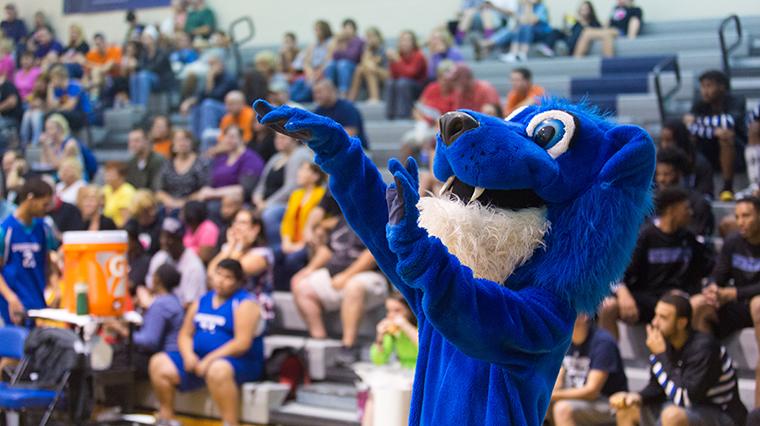 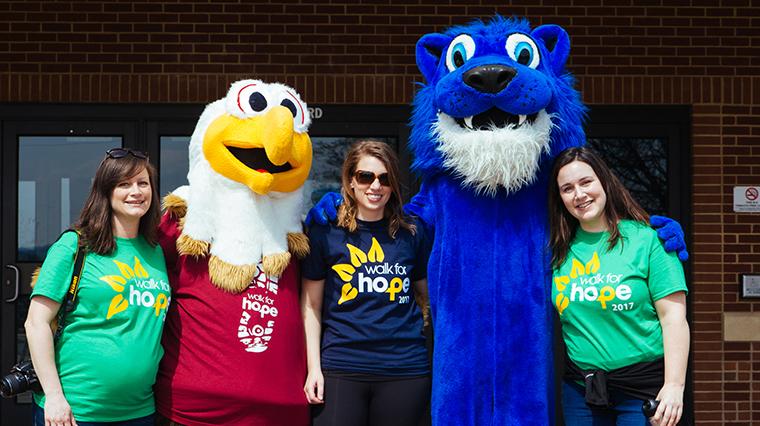 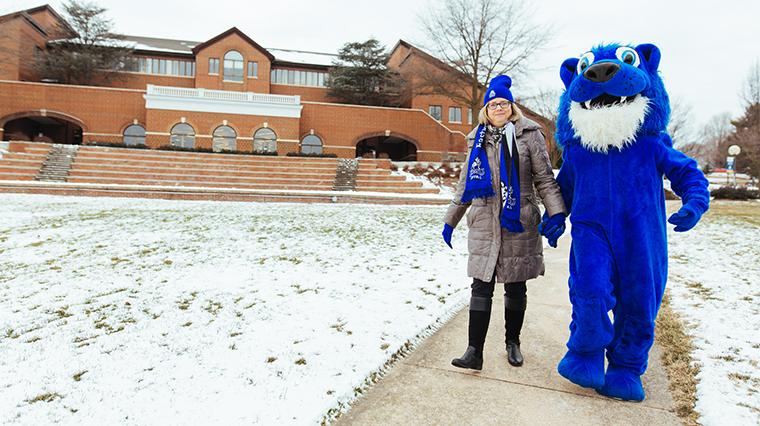 Herm, the EMU Royals’ mascot lion, was first spotted back in 1983 as he cheered on EMU athletics teams and helped the Loyal Royals in fundraising and other athletics efforts. Herm is a warm, fuzzy guy who embodies welcoming friendliness, a trait that many visitors and new students use to describe the EMU community. Learn about student-athletes at EMU.

Herm has announced his retirement at the end of the 2019-20 academic year. A nationwide search for the next Loyal Lion has already begun, with an anticipated start date of fall 2020. EMU officials plan to extend an invitation to Herm to meet the new member of the Royals pride at a “passing of the torch” ceremony.

Herm will continue with his regular duties through June, with his final months also featuring a Virtual Appreciation Tour on EMU social media accounts. After that, Herm doesn’t have any plans other than to “take a hike in the Blue Ridge Mountains and hopefully enjoy some beach somewhere.” He also didn’t rule out taking up residence at any retirement communities near EMU’s campus.