Race, Place, and Catastrophe: Becoming Grapevine and Fig Tree Planters in a Time of Crisis 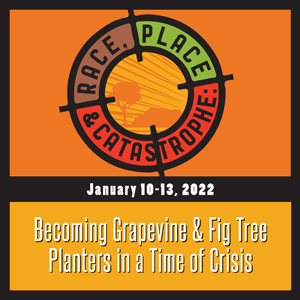 This year Eastern Mennonite Seminary’s School for Leadership Training is collaborating with the Inverse Podcast community to present “Race, Place, and Catastrophe: Becoming Grapevine and Fig Tree Planters In a Time of Crisis” which will be a hybrid in-person and virtual conference. Keynote speakers from around the world include Drew Hart from Harrisburg, PA in the United States (co-host of Inverse Podcast), Jarrod Mckenna from Perth, Australia (co-host and founder of Inverse Podcast), and Carol Ng’ang’a from Nairobi, Kenya (Founder of Msingi Trust and Msingi Talks Podcast). It will also include several other in-person and virtual workshops, worship through gospel music, opportunities for group fun and play, and some distinct InVerse way contributions to our time together.

The theme this year will orient us around our global crisis at the intersection of ongoing ecological devastation and white supremacy. Rather than speaking abstractly, we want to ground this conversation from the vantage point of the land we live upon together and how a Micah 4 infused imagination invites us to disrupt the global forces seeking to steal, kill, and destroy a sustainable and inhabitable way of life. Instead, the life-giving seeds of resistance will be found in God’s dream for all of creation while leaning into flourishing ways of being and interacting with one another and the ecosystem that sustains us.

Participants who attend will courageously envision and pursue shalom in the land while also encountering unique Inverse community practices and processes, stories and testimonials that will inspire local leaders and congregations, and it will also include the unique opportunity of joining us for a live recording of an Inverse podcast episode with an exciting surprise guest. 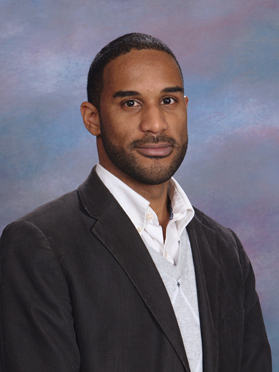 Drew G. I. Hart is an assistant professor of theology at Messiah University and has 10 years of pastoral experience. He directs Messiah University's Thriving Together: Congregations for Racial Justice program and co-hosts Inverse Podcast. Hart is the author of Trouble I've Seen: Changing the Way the Church Views Racism (2016) and Who Will Be A Witness?: Igniting Activism for God's Justice, Love, and Deliverance (2020). He was the recipient of bcmPEACE’s 2017 Peacemaker Award, the 2019 W.E.B. Du Bois Award in Harrisburg, PA, and was Elizabethtown College’s 2019 Peace Fellow. Drew and his family live in Harrisburg, PA. (Twitter & Instagram @DruHart). 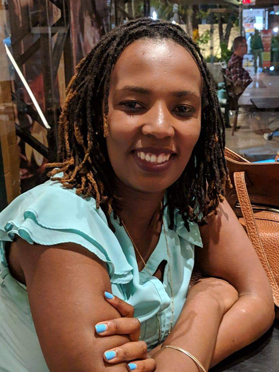 Carol Ng’ang’a is a community development practitioner. She has a Bachelors of  Theology in Community Development from Cornerstone Institute in Cape Town. She has spent the last 11 years walking alongside various communities towards interventions for their empowerment. In July 2017, she founded Msingi Trust whose aim is to ‘Mobilize, Inspire, Equip and Network Christians and community leaders towards Social Justice, Social Activism and Social Transformation’ Carol is an ardent believer of justice, equality and empowerment for all and has special interest in working with faith leaders and grassroots human rights defenders, bridging the gaps, making connections between these two worlds, to create conversation content and connections to help in the fight  against injustice within their community contexts. Carol was part of the first 2018 Tearfund Young Theologian and is currently part of 2020’s  Tearfund Inspired Individuals program
Follow her work on Facebook @Msingi Trust  on Instagram @Msingi Trust and on Twitter @msingitrust
Listen to Msingi's podcast- Msingi Talks on all major podcast streaming channels 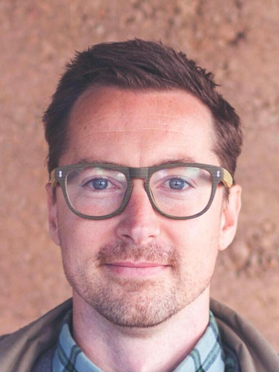 Jarrod McKenna (jarrodmckenna.com) is passionate about the transfiguring fire of God’s love becoming our experience in prayer and our program for ecological and social justice. Fr. Richard Rohr has said, “It’s amazing and wonderful that Jarrod should be able to teach nonviolence so well at this time”. Jarrod’s peace awarding winning social change work has been featured internationally on the ABC, Al-Jazeera, the Guardian, the Australian Financial Review, Sojourners, Junkee, and even repeatedly across the Murdoch press and in several documentaries, including “Manus” nominated for a BAFTA in short films. Jarrod is the Founding CEO of CommonGrace.org.au a movement of over 50,000 Christians in Australian advocating for “beauty, generosity and justice”, served as World Vision Australia’s Advisor for Faith and Activism and the Nonviolent Movement Educator for World Vision in the Middle East and Eastern Europe, was an initiator of the largest Christian civil disobedience movement in Australia’s history “#LoveMakesAWay for refugees”, and is the co-founder and co-host with Dr Drew Hart of the InVerse Collective (and InVerse Podcast) that seeks to form disciples to participate in Christ’s liberating love to dismantle all forms of domination. (Twitter and Instagram: @JarrodMcKenna) 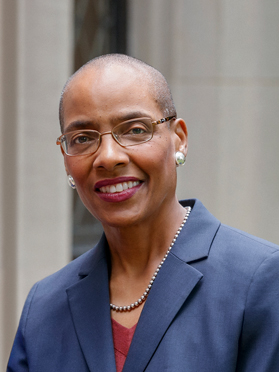 The Very Reverend Dr. Kelly Brown Douglas was named Dean of the Episcopal Divinity School at Union Theological Seminary and Professor of Theology at Union in September 2017.  She was named the Bill and Judith Moyers Chair in Theology in November 2019.  She also serves as the Canon Theologian at the Washington National Cathedral and Theologian in Residence at Trinity Church Wall Street.

In addition to preaching in pulpits across the nation and speaking at universities around the globe, Dean Douglas is a frequent and vocal presence in today’s print, broadcast, and digital public square, speaking on racial and social justice, among other matters.

See archives and resources from past School for Leadership Training events