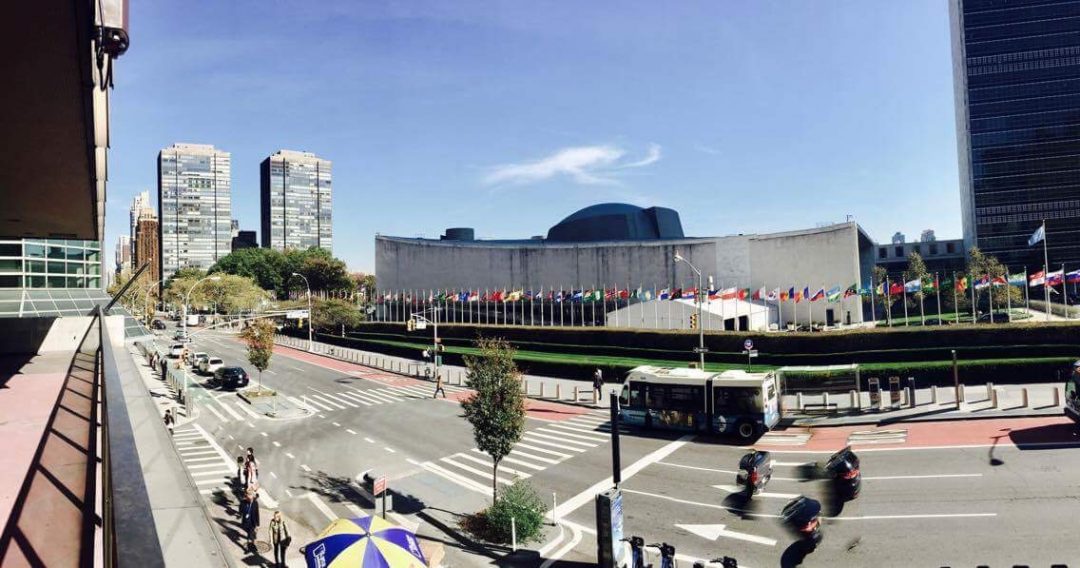 A Reflection on the 2017 MCC UN Conference by Elizabeth Witmer

Attending the “Migration, Faith, and Action: an Exploration of the Central American Experience” conference hosted by the MCC United Nations Office was three days packed with information sessions, critical thinking, socializing with new people, and immersing in the hustle and bustle of New York City. We heard from various people doing work related to immigration, through MCC and the UN NGO Committee on Migration, to name a few.

Saulo Padilla, the Immigration Education Coordinator for MCC, shared his incredible story of war, family separation, and migration. It is a story that represents one of many unique migrant stories. Not only was he able to share his own personal experiences of loss and migration, he also shared his expertise surrounding the history of migration to the U.S., current trends of Central American migration, and stories of brave migrants that he and others have encountered. We learned about the “push-and-pull” factors that drive global migration–those political, economic, or environmental factors that “push” people from their home communities or “pull” them to new places. To close out the session, he offered concrete ways to get involved and combat social injustice and discrimination directed towards migrants and refugees.

Soon after leaving the conference, I was given a reality check and reminded of just how relevant and important migrant justice is. I was informed that the orchards near my house, where my mom used to serve as an interpreter for the farmworkers, were being raided by Immigration and Customs Enforcement (ICE) agents and migrant workers were being taken into custody. It hit close to home for me. ICE raids don’t happen in central PA, or at least that’s what it felt like before I received that sobering news. It grieved me that at the same time that we were brainstorming how to fight for the rights and dignity of migrants, ICE and immigration officials were stripping those very same people of their dignity and humanity.

I’m still left with many questions, How do we fight for the rights and dignity of migrants and stand with our oppressed brothers and sisters, while still recognizing the humanity of the people (ICE, border patrol, immigration authorities) who oppress them? How can we still love the oppressor while remaining faithful and intentional to the needs and dignity of the people being oppressed?