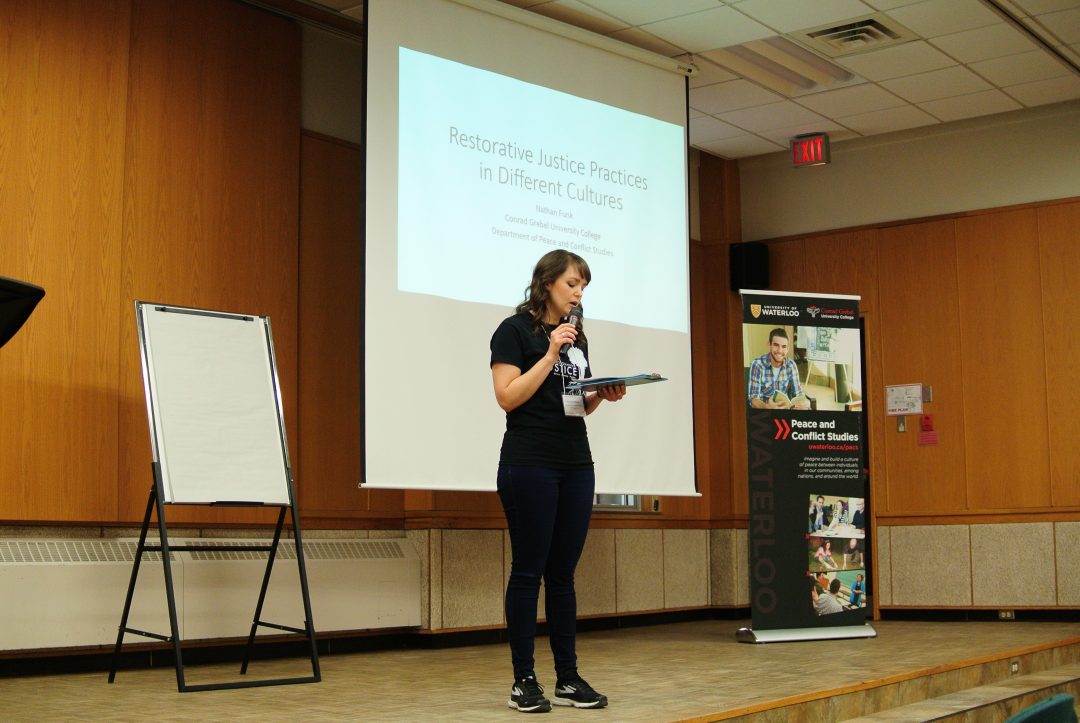 This past weekend I jumped into a car with four other EMU students from Peace Fellowship Club and drove 10 hours north to Conrad Grebel University College in Kitchener/Waterloo, Ontario, Canada. About an hour and a half southwest of Toronto, Conrad Grebel is a sister school of EMU’s and was the host of this year’s Inter-Collegiate Peace Fellowship (ICPF) Conference.

Conferences are strange beasts. Though I am still somewhat new to the game of attending them, there are three main variables I consider when determining as to whether the conference is considered a good one: 1. the locational situation of the conference, 2. the social and communal side of other attendees, and 3. conference presentations and lectures. We will walk through them in order.

Can we, as a country, move to a place where we can discuss what justice, mercy, and restoring peace in broken relationships actually looks like? At the moment, this place seems far away. But maybe, in the next ten years, when the students who attended the 2018 ICPF conference are up on stages, working in jobs, and sharing about the power of restorative justice, maybe then we can make some of the change we should all be dreaming of.

Caleb Schrock-Hurst is a 4th year Language & Literature major, a copy editor for The Weathervane, and co-president of EMU’s Student Government Association.

The post was originally published in EMU’s student newspaper, The Weathervane.