International Education Week’s annual incarnation, planned by Multicultural and International Student Services, brought a host of educational and indeed, delicious, events to Eastern Mennonite University Sept. 12-16. With the theme of cross-cultural education, organizers riffed on one of the university’s distinctive academic programs. However, with a multicultural campus community, it wasn’t difficult to motivate people to meet new people, eat tasty foods from the United States and around the world, and worship together.

Events included a team trivia competition, services to help expedite acquiring or renewing a passport, a cross-cultural learning fair that showcased future trips, and an evening discussion titled “Beyond Hello: How to Become an Hospitable Campus.”

This last event was facilitated Diana Tovar, a graduate student from Colombia who also works as alumni network coordinator for the Center for Justice and Peacebuilding, and her classmate, Fulbright Scholar Myriam Aziz, from Lebanon. Participants shared experiences of being welcomed or not welcomed on campus and then discussed ways that EMU could be a more welcoming and inclusive place.

“After listening to participants’ stories and sharing our feelings, some very innovative ideas were proposed,” Tovar said, adding that the suggestions will be passed on to student services.

The most popular event of the week is the annual International Food Fest on Friday night. Twenty-nine entries graced the tables in Thomas Plaza at the hotly contested competition. For a small fee, campus community members could enjoy small selections, then vote for their favorite.

“This event is a great way for students, staff and professors from our many different academic programs to mingle,” said Susannah Lepley, director of Multicultural and International Student Services.

Among those participating were undergraduates in Global Connections, a first-year class for undergraduate international students, and several students in EMU’s Intensive English Program.

Professors also joined students for the event. Visiting scholars from China cooked for a crowd, as did Fulbright Scholar Dr. Shafa Almirzanah, of Indonesia, and Professor Marti Eads, who brought pig-pickin’ cake, a traditional dessert from her native North Carolina (named for the event to which it was brought: barbeques). 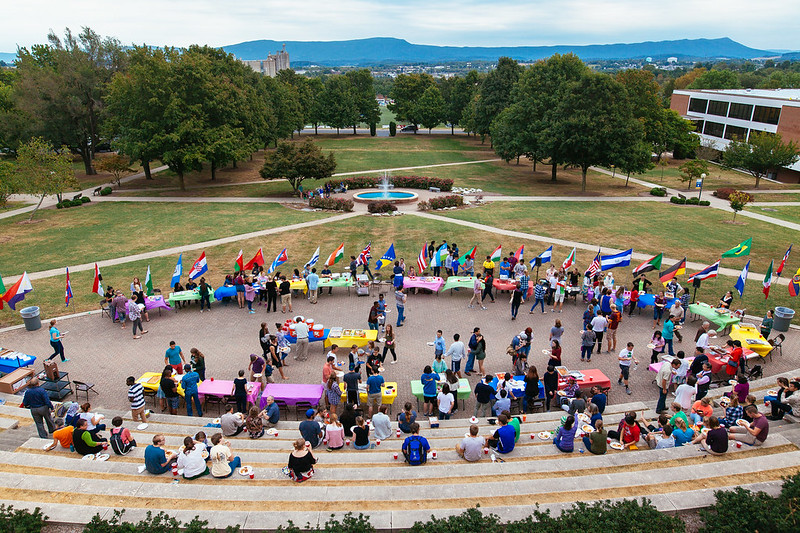