Eastern Mennonite University students scattered far and wide — from Georgia to Michigan — during March’s Spring Break on four different Y-Serve service learning trips. (Y-Serve is the new name for Young People’s Christian Association, popularly known as YPCA, which has had a presence on EMU’s campus for decades.)

​“Each spring break, we offer several different service and learning trips, and this year was no different, but what’s clear to me is that this year, a diverse cross-section of our student body chose new experiences,” said university campus pastor Brian Martin Burkholder, who advises the Y-Serve program and accompanied the Civil Rights Tour. “Our students took risks in getting to know and learning from new people in their groups and at the various locations and they returned richer for it.”

During the second week in March, groups traveled to:

View photos of all the trips in a slide show below.

The Alterna Community trip traveled to LaGrange, Georgia. The focus was immigration, with homestays, worship and learning opportunities hosted by the Alterna community and founders Anton and Charlotte Flores-Maisonet. On the itinerary were visits to El Refugio, a volunteer-run hospitality house for family and friends of men detained at Stewart Detention Center, and a vigil and demonstration outside the center. The group also visited Americus Mennonite Fellowship and the Martin Luther King, Jr. historical site in Atlanta. View more photos at Alterna’s Facebook page and listen to a podcast of a sermon offered by Anton Flores-Maisonet when he visited EMU in 2015.

At Region II Mennonite Disaster Service (MDS) headquarters in Detroit, Michigan, EMU volunteers joined a large work crew to contribute labor to an ongoing project. Since an August 2014 flood which caused the inundation of thousands of basements with storm water and sewage, residents who were unable to mediate the damage have dealt with mold and respiratory issues. The unit has been helping to clean out and repair basements, which involves work with framing, insulation, drywall, trim and flooring. In addition to leaders Robert Propst and Harrison Horst, Luis Longo made the trip.

The Serving with Appalachian People (SWAP) trip was based out of Elkhorn, a former coal mining community in McDowell County, one of the five poorest counties in the nation, according to Grayson Mast. The team contributed labor to home improvements for a man who would shortly be released from prison and planned to move into the home with his three children. The group also toured the local area and learned more about regional culture and history from evening discussions and presentations by local speakers and musicians.

The Civil Rights Tour was the first such trip of its kind, says Burkholder, who accompanied the group. It was held in conjunction with Multicultural and International Student Services, the Gospel Choir, YPCA (Y-Serve) and the Black Student Union, with additional funding provided from the Student Government Association.

In Birmingham, they visited Kelly Ingram Park, the Civil Rights Institute, the 16th Street Baptist Church and the Negro Southern League Museum. In Tuskegee, the Tuskegee Airmen National Historic Site took most of the day, with afternoon visits to the home of Booker T. Washington and the Carver Museum. In Selma, the group visited the National Voting Rights Museum and walked around the Montgomery city center, including a visit to Martin Luther King, Jr.’s church on Dexter Avenue. The civil rights leader was also the focus in Atlanta the next day. 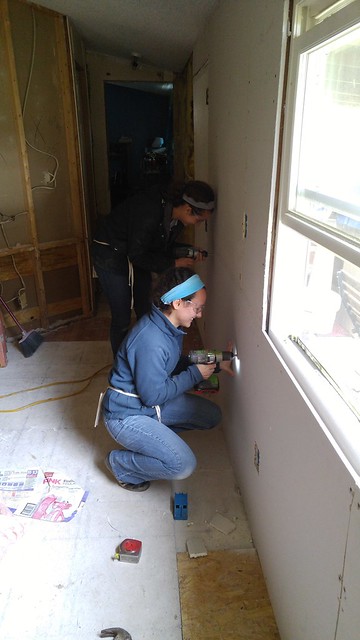