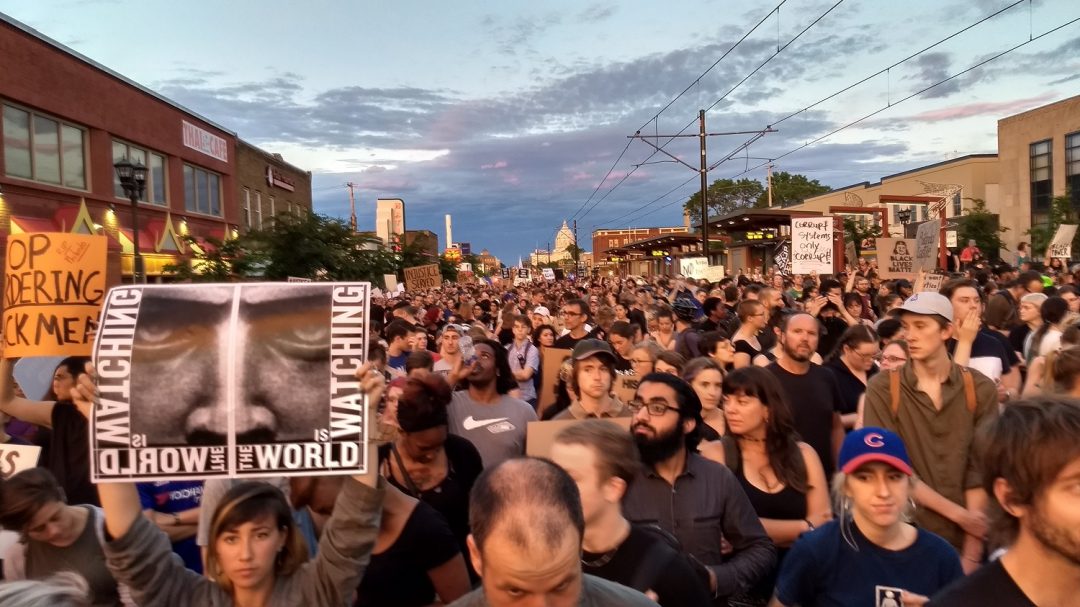 The Face of Systematic Racism (Part 1) by Katrina Poplett

Tensions in Minneapolis, Minnesota were elevated this summer, by the trial and acquittal of a police officer who shot Phillando Castille, an innocent black man, and other incidents of police violence. I call Minneapolis my home, and it was challenging to know how to become involved in dismantling a system of discrimination. To fulfill my Peacebuilding & Development practicum, I decided to dedicate my time to working at Restorative Justice Community Action,  a local nonprofit that provides a diversion from the traditional court process. In particular, I worked with a program that brings together trained Minneapolis Police Department Lieutenants and people who have been charged or cited for obstruction of the legal process. In this job, I heard stories from both perspectives and worked to facilitate conversations between the police and those who are cited, charged, arrested or targeted by police. Before these conversations would occur, I would meet with the person who had been cited to hear their story and help them prepare to sit down with a police officer. After one such meeting with a woman who had been cited, I came home and I wrote this reflection in response to hearing her story.

In a world that demands replies, I had no answer.

I sat. Trembling. Looking at the face of systemic racism. Sexism. Classism. Just fancy ways of saying what we like to whitewash: The ways we have become rich. By the choice of deafness and blindness, we have stood on their naked, bleeding bodies and claimed their work as our own.

And here I am. In a position of power. A “good little white girl”, who has never been in trouble. Who has only read and sympathized, as best she can, with those who shake when a police siren sounds, even miles away. What do I know?

The answer reverberates in my mouth: nothing. Yet I am here. In the presence of this human who has been demonized and judged because of her dark skin and her courageous and tenuous choice to raise her child.

IGNORED as she begs for help- crying for me to see her- to hear her- to know her pain- to choose to see her experience in this small boxy room.

Tears run down her face and mine silently echo hers. F–k neutrality. There’s a time and a place and this space is not meant for another well-meaning white person to only respond with words that are hollow and still carry the weight of the unjust yet legal system we call “justice.”

Justice has never been what’s fair.

In our society, what is legal is just. And what is just is decided by those with power. And those with power have wealth. Those with wealth decide what they want to be criminalized and legal, not what is actually just.

So you tell this woman in front of me that she is in the “justice” system now.

So NO. This isn’t the “justice” system.  This is a well-oiled, greasy-as-hell machine created to rain money into the pockets of those who were born into wealth, born into power, born into influence, and born into a legacy and lifestyle that must be supported by the blood and sweat of others.

Even before my practicum, I was challenged by my Peacebuilding & Development professors and coursework to see systemic failures in systems that have become normalized in our society. One question that has stuck with me from my classes is this: Is a restorative system better if it only funnels black and brown bodies to this alternative system? Are we doing any good if this “new” system still upholds the same racism seen so dramatically in the traditional punitive system?

Katrina Popplett, a Minnesota native, is a student in the accelerated BA (Peacebuilding & Development) to MA (Restorative Justice) program at EMU, a collaboration between PXD and the Center for Justice and Peacebuilding. This post is the first of two posts Katrina contributed to the PXD Blog. Click here to view part 2 of her post.