Nearly 28 events, including lectures, service projects and workshops, were scheduled for Eastern Mennonite University’s celebration of Martin Luther King Jr. Day, styled as a “day on” instead of a “day off.”  With events beginning on Friday, continuing through the weekend, and classes cancelled for Monday, students, faculty and staff had many opportunities to honor the life and legacy of the civil rights activist, including worship services, a solidarity march, a formal convocation program, a ribbon-cutting ceremony for the new student barbershop and salon, and other events.

See photos of the grand opening for the new student lounge “The Royal Treatment,”  styled as a barbershop and salon.

The celebration theme was “A Time to Break Silence,” words from the title of an anti-Vietnam War and pro-social justice speech delivered by King April 4, 1967, at Riverside Church in New York City.

“Our lives begin to end the day we become silent about things that matter,” said Harrisonburg Mayor Deanna Reed, quoting King while welcoming the crowd to Lehman Auditorium. “His words rang true back then and they ring truer today. Simply being silent is no longer an option, not today, especially in the climate we’re in. We must speak out.”

Reed called EMU “our bridgebuilders, our moral compass, our peacebuilders of the Valley,” and urged the campus community to uphold their continued commitment to those descriptors: “When you feel in your soul that something is not right, I give you the open invitation to stand up and say something.”

The program also included reflections from President Susan Schultz Huxman, a scripture reading by Jakiran Richardson, co-president of Black Student Union, and Ariel Barbosa, co-president of Latino Student Alliance; spoken word by Ezrionna Prioleau; selections performed by a gospel choir of EMU students and Northeast Neighborhood residents; and the introduction of the speaker by Brittany Caine-Conley.

Caine-Conley, a graduate of Eastern Mennonite Seminary, is a United Church of Christ (UCC) pastor and organizer of Congregate Charlottesville. In that capacity, in the days preceding the 2017 Unite the Right rally in Charlottesville, she invited The Rev. Osagyefo Uhuru Sekou to train and join with those confronting white supremacists.

Sekou joined with student and pianist Earnest Kiah to sing “Bury Me,” by Rev. Tracy Howe Wispelwey, a Charlottesville UCC minister and songwriter.

Here are excerpts from his address:

Another challenge that faces us, particularly those of us who are slightly older, is not to lie to you, but to tell the truth about the times that were before so that we might honestly engage the times to come. One of the lies that we tell you is that everybody over 50 marched with Martin Luther King, and this is not simply true. … Though he is loved, he was not loved when he was alive. In fact, he was hated.

There’s a certain kind of ubiquity of a Martin Luther King. We have a national monument. All over America today people shall gather in places … but it seems the case that liberals and conservatives alike tend to appropriate his legacy and language to adorn their own political wardrobes and buttress their ideological construction. Corporations such as Apple have used his words and images to sell their wares, and pundits of all persuasions have invoked his name to browbeat a younger generation of [activists] and their tactics. Such is the case for the Movement for Black Lives, commonly known as the Black Lives Matter movement.

Often denigrated in public discourse, Black Lives Matter is the largest movement for racial justice in the United States since the civil rights movement. … Martin Luther King and Black Lives Matter as a broader movement were both held in general disdain by the popular opinion. And that popular opinion renders to us something to us in a way in which we can come to understand not only the past but the present, because if we hold up the civil rights movement as a movement that had extreme popularity over and against how young people’s activism is viewed today, we create the possibility of them never achieving the kind of success that they believe is necessary, because we have lied to them….

I suspect the reason why Martin Luther King was so hated during his own life and why Black Lives Matter as a movement is so hated during its particular moment has more to do with their commonality than their difference. … We must come to understand the ways in which our country has always found itself in opposition to a level of progress that called into question what it meant to be American. …

Martin Luther King comes from a tradition of a mighty people, and that these mighty people had an understanding of the world that was theologically rich and dense, because they understood that … the beginning of black religion in the context of the American empire begins not with the lack of presuppositions about who God is and what the nature of the church is. It begins with one fundamental assumption that black people are human, and that is a revolutionary notion in America. It begins with the humanity of black people, and … begins with an understanding that black people look at the darkness and they tell the truth about the darkness but they never let the darkness have the last word.

And so they say interesting things, like “Jesus is a bright and morning star.” That’s theological sophistication because it looks at the darkness. You can’t see the morning star without the darkness. And they look at the darkness and they acknowledge it, and they say, “He’s a bright and a morning star.” They say, “He’s the lily of the valley, water in dry places.” These are theological richness that acknowledges the darkness. It acknowledges the pain and agony and despair, and never lets it have the last word. It comes from a semi-literate people who had dense theological understanding of the world, so they said things like “Jesus is a doctor in a sick room, a lawyer in a courtroom. … He is a keeper and a friend to the friendless and a mother to the motherless.” These were people who were stolen away from their mothers and their fathers and they understood that Jesus could be a comfort to them even in these contexts.

These are the people who produced Martin Luther King. Mighty people. …

We are called seriously as Christians to take without question … that whenever people are catching hell, we are morally and ethically obligated to show up. And on the question of gay, lesbian and bisexual and transgender people, particularly for older Christians: You don’t have to get it, because comprehension is not the prerequisite for compassion.

Now let’s be clear, we do not want to romanticize him. He had contradictions. His sexism was evident. … He was human just like you. And so your contradictions do not disqualify you from struggle, and in fact they mandate that you struggle even harder. … We are all fallen. … Paul talks about the notion of those of us who are being saved, that salvation is not a destination, it’s something we’re on our way to. We are being saved. We are becoming. … 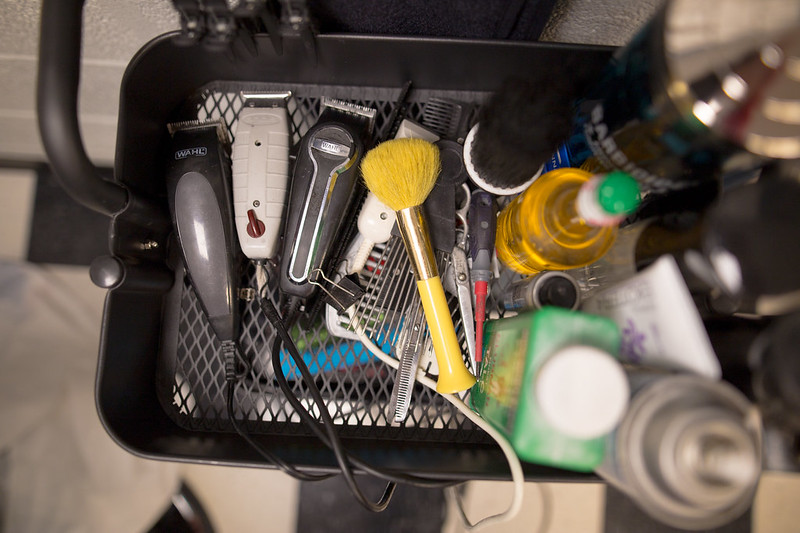