More than 30 students from Harrisonburg High School’s Peer Leaders club participated. The club, which offers support, activities and fellowship to students transitioning into a new culture, is a collaborative effort between EMU, James Madison University and Church World Service.

Drumming, drama, writing and art activities helped students learn more about and express themselves, preparing them to be change agents in their school and community context, said Kajungu Mturi, a 2018 CJP alumnus who had helped to facilitate the afterschool club since it began three years ago.

Actors from Inside Out Playback Theater  contributed to a morning community-building session and an afternoon break-out session. 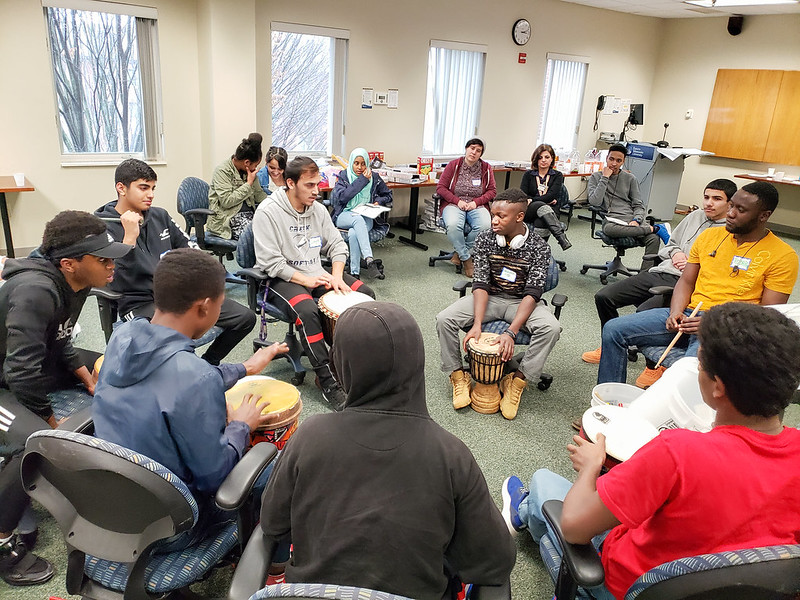