“It’s like oxygen,” said public prosecutor Danielle Arlé during a break from the whirlwind schedule. “I can breathe again.”

“I have courage to continue leading these programs,” said Ivana Ferrazzo, another public prosecutor who hopes to implement a victim advocacy program and to advocate for restorative justice in education.

“There is an Eastern saying that when the disciple is ready, the master comes,” Judge Leoberto Brancher said. “So restorative justice came to us in Brazil in the late 1990s and now almost 20 years later, we can come before the source of restorative justice … to review what we’ve been doing. It’s a time for tuning and beginning a new stage.”

The source he refers to is Howard Zehr, professor emeritus at EMU’s Center for Justice and Peacebuilding and co-director of the Zehr Institute for Restorative Justice, which hosted the visitors. Zehr co-facilitated a session on restorative justice and serious crimes; all of the other sessions and site visits were hosted by EMU-educated “disciples.”

Retired Brazilian judge Isabel Lima, a professor at Catholic University in Salvador, developed the idea for the intensive seminar while she was a visiting professor at the Center for Justice and Peacebuilding in spring 2017.

One goal of the educational experience was to bring together diverse practitioners — public prosecutors, professors, community representatives, professionals such as psychologists, social assistants, lawyers and judges — and to “invite them to think collectively from now on,” said Lima, who has been involved with restorative justice since it emerged in Brazil in the 1990s.

In contrast to the United States, where a disparate group is driving the widening influence of restorative justice concepts, the Brazilian judiciary has played a key role in Brazil, Lima said.

Brancher, a fellow judge, is one proponent who has made a nation-wide difference. A judge in the city of Caxias do Sul, he talks about restorative justice as an allegorical light during a dark time in his professional career, when he questioned the efficacy and meaning of his work with incarceration facilities for juveniles. Seen as both a punitive and protective system, “the way those two positions were disconnected made everything we did harmful because of misunderstood conceptions,” he said. “It was an existential question for me: what does life want from me as a judge? And also a professional question: How can I enforce the law? RJ came to me during to that period as an answer.”

After nearly 20 years working to advance the concept, the five-day experience at EMU heralds a new stage, he said, towards “the creation of a more solid basis and more integrated leadership to give support and enable this process to be sustainable.”

Lima is leading the efforts of the group to stay connected through online platforms, with potential webinars and courses also in the works, she said.

The Brazil group isn’t the first to travel to EMU to learn about restorative justice. The Zehr Institute hosted an international delegation from Nepal last year and will host a large group of South Korean practitioners in January.

Carl Stauffer, co-director of the institute, sees a growing awareness to observe and learn about restorative justice in practice as well as in theory.

Lima worked with the group and Zehr Institute facilitators to plan a learning environment that would be both “theoretical and practical,” responsive to the group’s “questions, needs, doubts and interests.”

The collaboration within local RJ practitioners evident during the week was also an immersive educative experience, Lima noted. The group witnessed the “embracing of restorative justice as a social movement to nourish our hurt humanity … working as a community to face challenges around us …empowering ourselves and others that live and work with us. These experiential components are ingredients of the peacebuilding movement.”

Participants (as pictured in group photo) 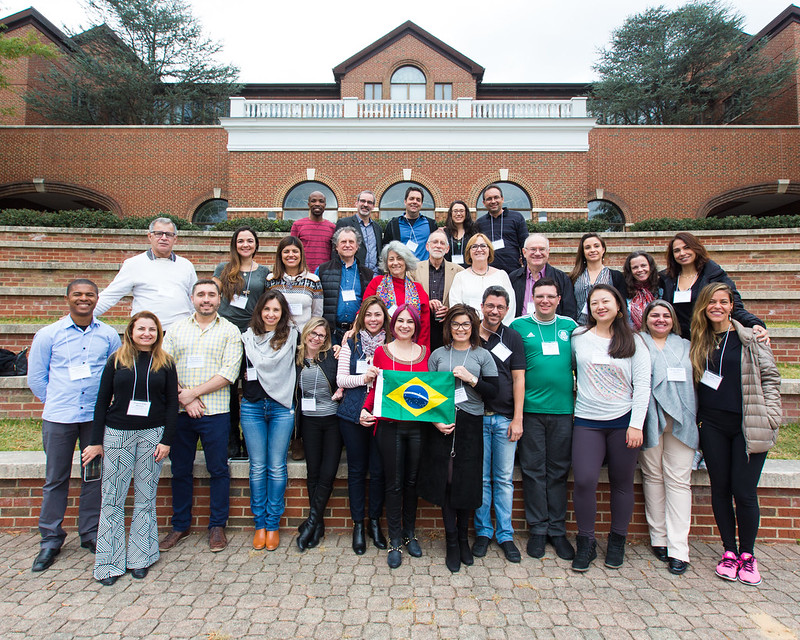