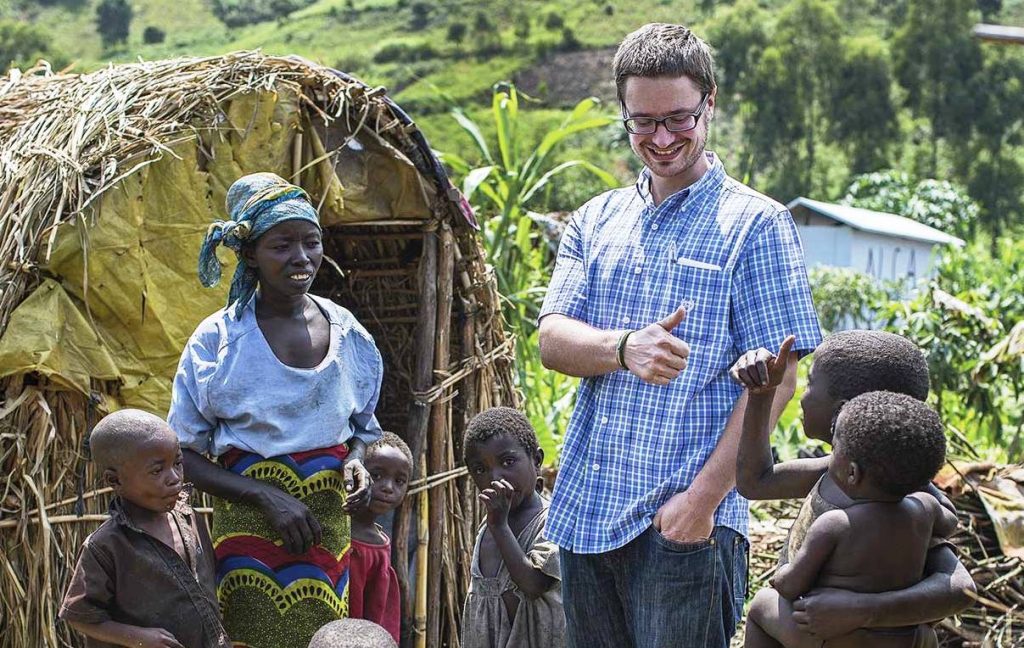 Help to honor MJ's legacy by giving the gift of peace

MJ Sharp chose to go into dangerous places without a weapon to make safer communities for the people of the Congo, some he had learned to love, but many others he did not know.

As a representative for Mennonite Central Committee (MCC) and a United Nations expert on armed groups, MJ passionately worked for justice and peace, often at great risk to his own life. His father John Sharp acknowledged the risk of the work his son was involved in. “I have said on more than one occasion that we peacemakers should be willing to risk our lives as those who join the military do. Now it’s no longer theory.”

MJ, EMU class of 2005, worked with a repatriation program in the Democratic Republic of Congo (DRC) that returned more than 1,600 combatants and 23,000 civilians to Rwanda and helped facilitate four public disarmaments of FDLR fighters.

On March 12, 2017, MJ and his UN colleague, Zaida Catalán were ambushed and murdered by unknown assailants in the DRC. As a UN expert on armed groups, he was on his way to meet with leaders of a new militia group in central DRC. They were seeking to better understand the militia’s structure, support networks, recruitment and use of child soldiers, and use of magic.

In a world full of dangerous places, we need more people like MJ. Friends and family of MJ Sharp wish to honor and remember him with an endowed scholarship. A fully-funded endowed scholarship will provide approximately $5000 per year in scholarships for students studying conflict transformation and restorative justice in the Center for Justice and Peacebuilding at EMU. Priority will be given to students who will continue MJ’s work in the DRC.  CJP has more than 615 alumni in 78 countries around the world, applying the skills in conflict analysis, inclusive decision-making, reconciling relationships, acknowledging and healing past harms, and promoting a restorative approach to issues of justice.

“I believe we are all called to do our parts in making a difference in the lives of those around us, and I believe that is exactly what we are doing when we support this scholarship. We are helping to prepare a new wave of peacemakers that will come to EMU to learn the skills they need to go back out into the world and pick up the torch that my dear friend was carrying in his own special way. Thank you for considering this scholarship as a part of whatever it is you are able to give.” - Keith Grubaugh, childhood friend of MJ, from Vancouver, British Columbia