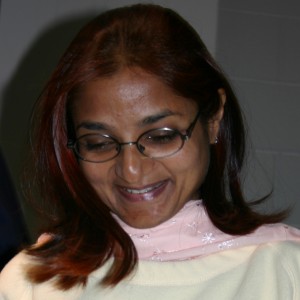 Executive director of the Christian Study Centre in Rawalpindi, Pakistan, Jivan has promoted interfaith harmony, peacebuilding, human rights, women’s rights and minority rights. Jivan has extensively conducted research in those areas and worked collaboratively with government, academia, churches, grassroots organisations and international NGOs, to elaborate reports which are fundamental for the transformation of  Pakistan’s conflicts. For instance, she participated in the report, “State of Religious Freedom in Pakistan” launched by the Jinnah Institute in 2016; elaborated “Life on the Margins: A story on minority women in Afghanistan” (2012), a report founded by UN Women; and co-edited “Why are we afraid of secularism in Pakistan?” (1999) and “Religious Minorities in Pakistan” (1996) from the Christian Study Center. Jivan holds an MA in Conflict Transformation of Eastern Mennonite University.