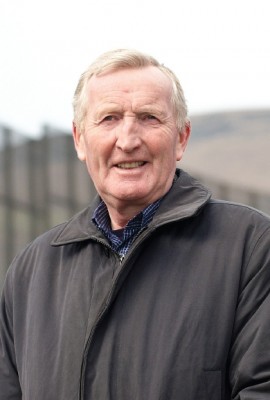 A year ago, the BBC documentary series “Distant Horizons” explored why Joe Campbell left Northern Ireland in 2006 for an extended period instead of enjoying the relative calm and prosperity of his native country, conditions for which he had labored for many decades. “Joe Campbell could have put his feet up when he turned 60 and settled into a comfortable retirement in Northern Ireland,” said an article on the BBC News website. “Instead he and his wife Janet opted to take their work skills abroad for a four-year stint as volunteers in Nepal.”

The Campbells are offering the kind of quiet support to Nepalese peacebuilders that Mennonites offered to them and their colleagues in Northern Ireland during “The Troubles.”

“When I think about John Paul (Lederach), Ron (Kraybill) and the others, they are models for how to be outsiders in a conflict. As they demonstrated, I listen, I ask questions, and perhaps I tell a story from the Irish context,” says
Campbell. “I try to bring the Nepalese a sense of hope when at times they can feel hopeless.”

Joe and Janet work with the United Mission to Nepal, an umbrella organization of 30 international mission agencies. Joe has the title of “conflict transformation advisor.” Janet, a nurse, is in charge of pastoral care for the international staff. She also does trauma work with the dozen Nepalese staff.

Starting with the staff at United Mission, Campbell hopes to inspire more Nepalese to “envision a career in peacebuilding for their country and to prepare for the long haul.”

Campbell notes that the war in Nepal was shorter than in Northern Ireland – 10 years instead of 30 – but it was bloodier: “over 14,000 killed; even today there’s over 1,000 people missing – killed, buried, burned, or who knows?”

Nepal entered a fragile ceasefire period in 2005, with elections for a Constituent Assembly held in the spring of 2008. But the brutality of the previous decade has left wounds and scars that remain extremely painful, with renewed violence hovering as a possibility.

Like Northern Ireland, Nepal has no outright victor and no loser at this point. Campbell hopes “the hurts of war are not still too raw to prevent the Nepalese from working together in a coalition government.”

Concerning the long term, Campbell is optimistic. “They can work together to make this work. Conflicts are started by people and they will be ended by people.“