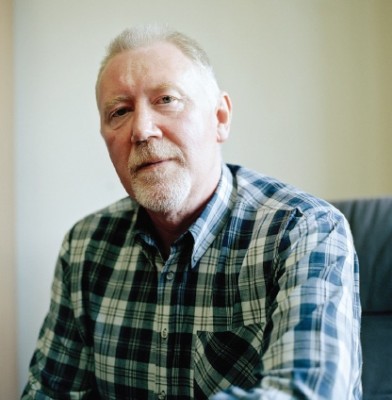 Martin Snoddon served 16 years in the Maze Prison outside Belfast for his activities as a member of the Ulster Volunteer Forces before he was released under judicial supervision in 1990. “EMU was a resource for me as I wrestled with the legacy of violent conflict,” says Snoddon, who came with a Mediation Northern Ireland group to SPI ’96. Snoddon is now founder and director of Northern Spring based in Lisburn, Northern Ireland, from which he consults widely. He has worked in conflict zones throughout the world, including the Balkans, Central America, the Middle East and South Africa.

What drove me to take up arms was a desire for peace. Violence was visited upon me in 1969 when I was 15 years old. I lived in a Nationalist area of West Belfast, part of a small Protestant community that came under attack on a daily basis. So-called freedom fighters were denying my family, my neighbors and my friends the right to live in peace.

Between the ages of 16 and 19 I actively engaged in violence, and before I had turned 20 I was imprisoned for my actions – in particular, for an attack on a premises that was a base for an IRA unit. Two people lost their lives in that attack. One was my colleague and comrade, who died when a bomb prematurely exploded. The other was a woman, an innocent civilian, who was on the premises at the time.

While I was incarcerated I had the opportunity to explore Irish history, and to ask why, despite my Christian upbringing, and despite my strong belief in a moral existence, I had contributed to the violence of our political conflict. My personal inner journey was long and torturous, but I grew to believe that violence was not going to resolve our political conflict, or repair our damaged and divided communities. While in prison I sat down with some of my enemies. I developed a very strong friendship with one particular Republican prisoner – a friendship that brought me a lot of hostility from my comrades.

In 1990 I was released under license. Upon release I found that this was not a society I wanted to reintegrate with. The polarization had only increased, and my moderate views were now as marginalized as my extremist views had been prior to my incarceration. Nevertheless, I still desired change in our society, and this time I resolved to do it through relationship building and conflict resolution.

This is the path I’ve been walking ever since – sometimes with extreme difficulty. In 2002 I received two death threats – one from each side. The work I engage in antagonizes people. It would have been so much easier to have taken a job in industry and just become insignificant in our society.

My past violent actions were very destructive, but now I’m fighting for peace in a far more constructive manner. The risks aren’t really much different but the rewards are much greater.

People who use violence are not only likely to kill someone else, but also to kill part of themselves in the course of those violent actions. They lose part of their humanity. I deeply regret how my violent actions hurt innocent people. I have had to seek forgiveness within myself and to reconcile my past and my present. That in itself has put me in a better place and empowered me to address the needs of others with regard to the legacy of the violent conflict.

Excerpted and reprinted by permission from The Forgiveness Project.