In this episode, Dr. Benjamin Bergey speaks about peacebuilding through music, and how working with intercultural youth ensembles inspired him to enter the field.

Bergey teaches music theory and conducting at Eastern Mennonite University (EMU). The university recently announced a new concentration in music and peacebuilding, which Bergey developed. He also conducts the EMU choirs and orchestra, conducts the Rapidan Orchestra in Orange County, and served as the music editor for Voices Together, a new Mennonitehymnal.

Bergey told Kamau that he’s always been drawn to leading ensembles, since his early days in church – “bringing people together to make something greater than the sum of its parts.”

In 2010, during his cross-cultural semester in the Middle East while an undergraduate at EMU, Bergey interviewed Palestinians and Israelis about the role of music as a tool of both protest and community-building. He was particularly inspired by two organizations that brought young Arab and Jewish musicians together to build common ground.

“From a peacebuilding standpoint, we know how dialogue and empathy are those kinds of crucial components in transforming conflict,” he said. The Jerusalem Youth Chorus brought the kids together to sing, create their own songs, and take music classes. The Polyphony Foundation did much the same, but with instrumental orchestra activities. Both organizations also facilitate dialogue between the students.

[This podcast was recorded before escalation of the current conflict in Israel/Palestine.]

Bergey recalled watching an Arab and a Jewish student sharing a violin stand, struggling together through a particular passage of Beethoven’s “Symphony No. 1 in C major, Op. 21.”

“It’s these youth coming together in ways that otherwise doesn’t happen …. it doesn’t happen organically, right, in just normal day-to-day living,” Bergey explained. “Studies show that music making together can … help overcome perceptions of dissimilarity and to work towards accepting others’ differences.”

Organizations like these that work in high-conflict areas aim to bring people together in a safe environment.

“That takes a lot of intentionality, a lot of careful planning and facilitation, where they can share experiences, bring themselves to feel like they can tell stories and make music,” Bergey said. “Because really it’s a vulnerable act, especially singing.”

Bergey went on to write his doctoral dissertation on music and peacebuilding, and trained with Musicians Without Borders in 2018. With a slogan of “War Divides, Music Connects,” the Netherlands-based nonprofit works around the world with artists, social activists and communities on conflict.

Bergey sees immense potential in this field, even for everyday group settings, in which activities like drum circles, group breathing exercises, or collaborative songwriting can help people become grounded within themselves and build trust with one another.

“This really is an exercise in mindfulness, honestly. It’s important for us to both listen and feel what’s happening within ourselves, but also be able to listen and, dare I say, empathize with those around us,” said Bergey. 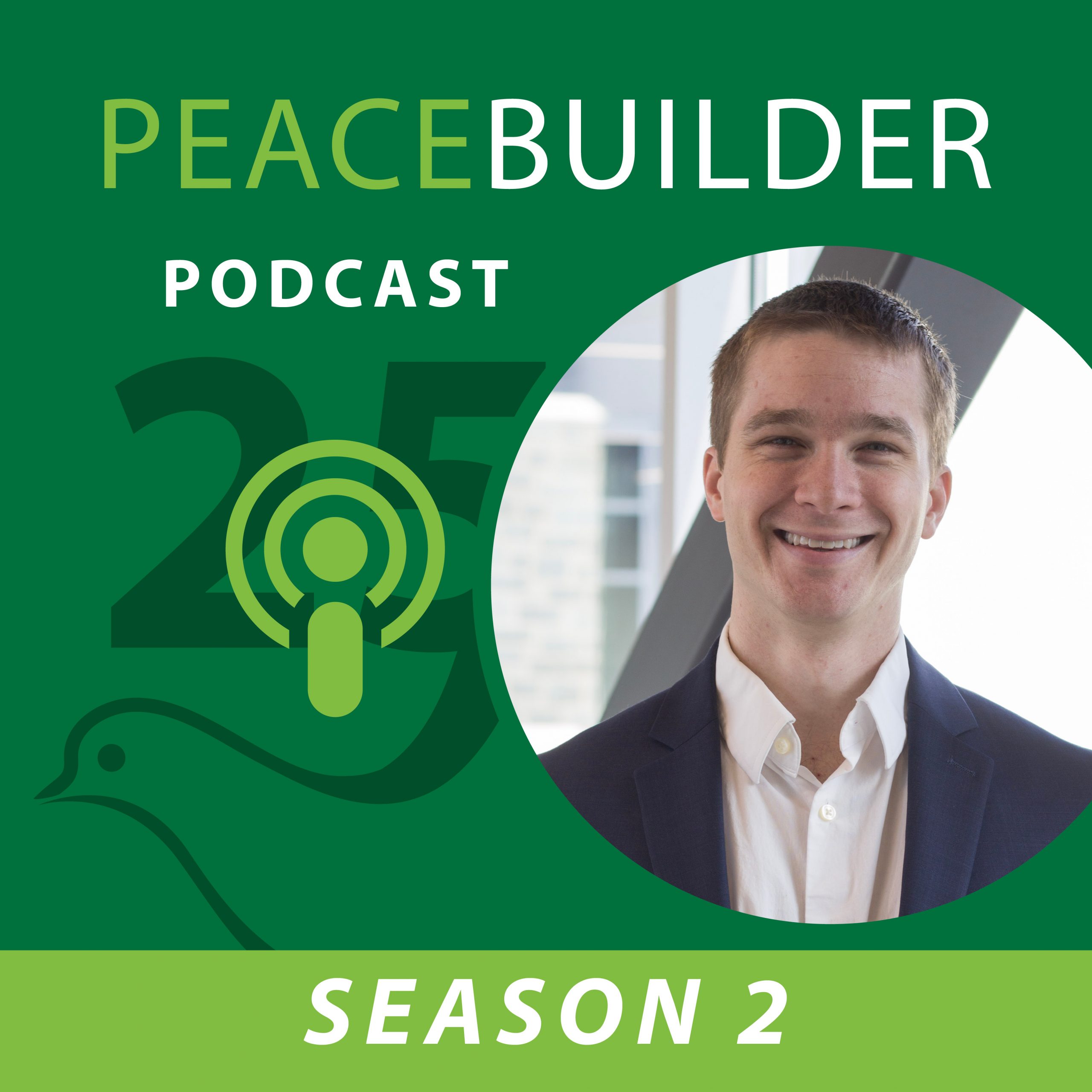 Dr. Benjamin Bergey is assistant professor of music at EMU, where he directs the choirs and orchestra, and teaches courses on music theory and conducting. He is an active musician who currently conducts the Rapidan Orchestra in Orange, VA. He completed his doctorate and masters at James Madison University in Orchestral Conducting.

Additionally, Bergey is a prominent music leader in the Mennonite Church, currently serving as Director of Music at Harrisonburg Mennonite Church, and notably as Music Editor for Voices Together, the new hymnal for Mennonite Church USA and Mennonite Church Canada, as well as compiler and editor for the hymnal’s Accompaniment Edition. He regularly leads worship and resourcing events at assemblies, workshops, and conferences, and is the music planner for the 2022 Mennonite World Conference Assembly music and songbook.

His doctoral research focused on how ensemble music is a tool in peacebuilding by bringing diverse people together for building empathy and dialogue, using two groups in Israel and Palestine as examples. He has written several articles on music and peacebuilding and has started a new interdisciplinary major at EMU called Music and Peacebuilding.

Bergey is married to his wife, Kate, who together have two children, and they love to garden, bike, and hike.

2 comments on “17. Music and Peacebuilding”