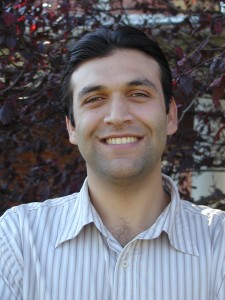 Conference Coordinator for Emirates Center for Strategic Studies and Research

Since December 2004, I have been living and working in the United Arab Emirates at the Emirates Center for Strategic Studies and Research as a conference coordinator.

March 2010: I am still in Abu Dhabi working at the Emirates Center for Strategic Studies and Research. Recently, I worked with the US central command on a number of projects in the Gulf region. As you know, the US has a significant presence in the Gulf to support their operations in Iraq and Afghanistan. I worked with them on developing agendas for a number of workshops such as counter-terrorism and regional security.

Feb. ’06: I am in the process of finalizing two events at the Center: the first one is a symposium about the Iran Nuclear Program and the Gulf Countries’ Security. The second event is the Center’s 11th annual conference about change and reform in the Arab world. This will focus on social, political and economic reforms in the Arab countries.

Recently the Center asked me to chair a lecture about relations between Syria and Lebanon; the lecturer was a Lebanese journalist from Al Hayat newspaper in London. The event was covered by local media and my pictures appeared in a couple of newspapers in UAE. Last December the Center organized a symposium about the Iraq Constitution. One of our speakers was the current Iraq National Security Advisor and I was part of a team (I have five colleagues) that prepared the final report of this event for the decision makers in the UAE government.

So, my job includes responsibilities such as drafting proposals and writing reports about what needs to be addressed in our events, as well as organizational responsibilities.