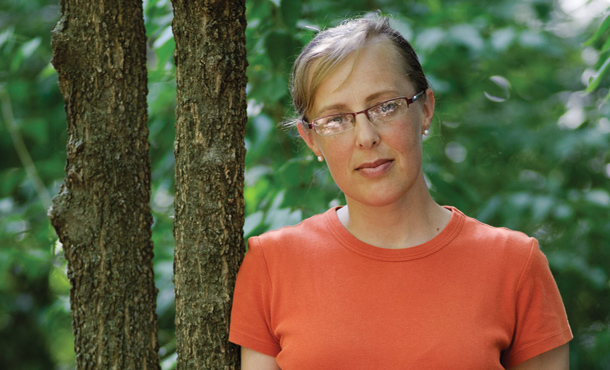 When Daagya Dick applied to enter CTP in 1996, she recalls that speaking a language in addition to English was an entrance requirement. (That requirement was quickly dropped, since it eliminated many prospective students.) Raised as a Mennonite in California, Daagya became fluent in Spanish while on a Bethel College (Kansas) program in Mexico.

In 1998, Daagya took her CTP lessons to Guatemala, where she did her practicum with Mennonite Central Committee, working to build a regional network for peace and justice. The idea was to offer trainings close to home for aspiring peacebuilders in Central America, including southern Mexico. She worked there until 2003, marrying a Guatemalan lawyer, Juan Coy, who was an indigenous person. The couple shared a strong interest in human rights, and they planned to remain in Guatemala to work for greater justice.

The birth of their first child, Josue, changed their plans dramatically. Mother and son had almost died during the birth, and physicians feared that Josue might need on-going sophisticated medical care, available in the United States but not in Guatemala. The family quickly moved to Kansas, where Daagya had graduated from college and had close family members.

Unable to work as a lawyer in the United States, Juan has taken primary responsibility for the care of Josue and their second child, Diego, while Daagya teaches Spanish in the local school system. She also runs the school’s program for “at risk” students. Now that Josue is a healthy second grader, and Diego is in kindergarten, the family is looking to return to Latin America with Mennonite Central Committee before the boys finish elementary school. The boys have been raised speaking Spanish at home.