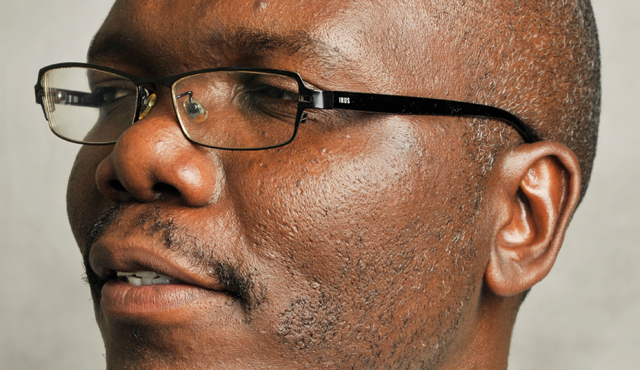 Babu Ayindo grew up in the slums of Nairobi, where he says people experience injustice and violence daily and often wonder whether life is worth living.

After finishing the BEd program at Kenyatta University, Babu became the founding artistic director of the Amani People’s Theatre in Nairobi. “It was inspired by Brazilian educators Paulo Freire and Augusto Boal,” he says. “Our drama aimed at not just entertaining, but also raising questions on peace and social justice, so that communities could join in both the acting and in seeking collective solutions to the problems their communities were facing.”

Babu elaborates on the role of the arts in conflict transformation in Peacebuilding in Traumatized Societies, a 2008 book edited by EMU professor Barry Hart. Babu’s chapter is titled “Arts Approaches to Peace: Playing Our Way to Transcendence.”

In 2009-10, Babu consulted in over 10 countries besides his own Kenya. Recently, he has been a consultant to the German foundation Konrad Adenauer-Stiftung, the Austrian foundation DKA, the Fellowship of Christian Councils and Churches in the Horn and Great Lakes of Africa, Catholic Relief Services in Kenya, and PACT Kenya.

He has taught peacebuilding, often linked to the arts, around the world, including at the Peace Center of the Mindolo Ecumenical Peace Foundation (Zambia), the Caux Scholars Program (Switzerland), Mindanao Peace Institute (Philippines), Canadian School of Peacebuilding, American University in Washington DC, the JustPeace Youth Camp in the Fiji Islands, and EMU’s Summer Peacebuilding Institute (SPI).

Babu frequently collaborates with what he jokingly calls the “EMU mafia,” referring to the thousands of people who have come through one of CJP’s programs, such as the MA program, SPI and STAR (Strategies for Trauma Awareness and Resilience).

“I meet the ‘EMU mafia’ not just in Africa, but all over the world – from Winnipeg [Canada] to the Fiji Islands – while doing trainings, research and social action processes within civil society and government,” he says.

When not traveling for work, Babu focuses on cultivating a healthy relationship with nature, acknowledging it as the sustainer of all life. Babu, his wife Miriam, and three children – 16-year-old Biko, 11-year-old Sankara, and 6-year-old Che – grow much of what they consume on their quarter-acre farm in the peri-urban city of Kisumu. They raise cattle, goats, and chickens and grow passion fruit, mangos, cabbage, kale, tomatoes, and onions.

Read more about Babu in an article published in the fall/winter 2006 issue of Peacebuilder (www.emu.edu/peacebuilder/fall06/threats.html). It talks about Babu’s role in a workshop in rural southern Sudan that was threatened by drunken, armed men in a pick-up truck.