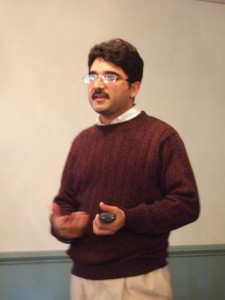 Combining peacebuilding and business, Hussain has become a successful entrepreneur who seeks to contribute in the development of Pakistan’s economic base and increase its social equality through micro-lending, especially loans to vulnerable women to be able to start small business. Hussain was a Summer Equity Research Analyst at Brandywine Global in 2009; Project Director at Gilgit Baltistan from 2006-2008; Team Leader at the International Labor Organization in 2006; Summer Associate at the Department of Political Affairs at United Nations Headquarters in NY in 2005; and Deputy Commissioner Mekran at the Government of Balochistan, where he worked closely with the ABC National Police Bureau from 2002-2003. Hussain holds an MBA (‘10) from The Wharton School at the University of Pennsylvania and an MA in Conflict Transformation from the Center of Justice and Peacebuilding.