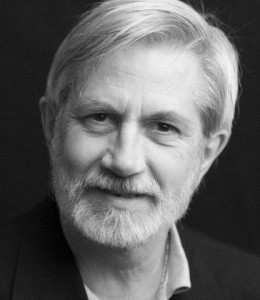 For more than 30 years Roger lived in a small city in Ohio, where he was a newspaper editor and community-based marketing and public relations consultant. For several years Roger served as an administrator, coach, and FIFA-licensed referee in his community’s youth soccer program and also as a children’s theatre director—activities that could be described as either “managing a complex adaptive system” or, alternatively, as “herding cats.”

In 2010, he moved to Harrisonburg, Virginia, where he completed a master’s degree in conflict transformation at the Center for Justice and Peacebuilding at Eastern Mennonite University. Roger was an adjunct instructor in EMU’s Department of Applied Social Science, where he taught classes in program evaluation and qualitative research for arts-based programs.

With Heidi Winters Vogel, he co-founded the Inside Out Playback Theatre at Eastern Mennonite University, a group that has worked to foster community building through dialogue in such arenas as racial reconciliation; trauma and abuse; transition from incarceration; marginalized populations; and multi-cultural study experiences.

Roger passed away peacefully in January 2020 after a valiant two-year struggle to recover from a massive heart attack and subsequent organ failure.