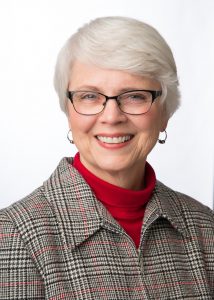 Since graduating from CJP in 2009, Linda has not worked directly in the field of her concentration – restorative justice. It is her hope, however, that she will some day be able to combine RJ with her current work as a coach for adults with Attention Deficit/Hyperactivity Disorder (ADHD).

Shortly after completing her work at CJP, Linda began studying ADHD-specific life coaching at the ADD Coach Academy.  She graduated in February 2014, having completed more than 200 hours of training through the advanced level. She has earned the ACC credential from the International Coach Federation and hopes to earn the PCC credential before the end of 2017. She also earned the CACP credential from the Professional Association of ADHD Coaches, and has completed over 600 hours coaching individuals with ADHD.

In May 2017, Linda and her husband Neil (who took the basic RJ course with Linda in SPI) presented a breakout session on the challenges of ADHD in the criminal justice system and the “school-to-prison pipeline” at the 10th Annual International ADHD Professionals Conference in Reston, VA.

Studies have shown that a disproportionately large number of people in all levels of the prison population have ADHD, most of them undiagnosed and untreated. The impulsivity and hyperactivity, among other traits of ADHD, that lead to someone’s entering the criminal justice system in the first place will continue to cause problems in prison and throughout life without treatment.

Linda and Neil are working in their community of Warrenton, VA, to educate those involved in the schools and criminal justice system so that they understand what is behind behaviors that have previously been misunderstood. They are part of the Partners of Probation Roundtable that brings together concerned citizens from court services, probation and parole, community mental health, police, and other fields in the interest of helping juveniles in particular. RJ has a role here, as does ADHD coaching. Linda and Neil are doing what they can to help.