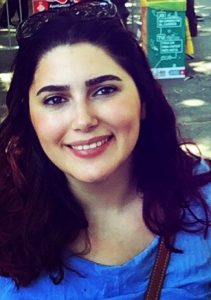 Cynthia Nassif is the Director of Civil Society Partnerships at POMED. She developed a deep understanding of the Middle East and North Africa region while working with the Arab Gulf States Institute in Washington and several UN agencies and international organizations. Her previous work has focused on conflict prevention, infrastructures of peace, and crisis recovery in New York and Beirut, Lebanon. Nassif previously led capacity-development initiatives for an international organization in Beirut working on Syria to impact strategy and programming through a holistic, conflict-sensitive strategy to humanitarian assistance and development in the field amid rising tensions. In addition, she has analyzed and assessed refugee cases in the Middle East and North Africa region for the purpose of refugee status determination and has facilitated several trainings and circles on conflict resolution and trauma healing in conflict-affected settings for youth groups across Lebanon.

Nassif’s research focuses on identity conflict with the objective of developing context-based approaches to addressing protracted conflicts in the region and thus inform policy. Her research highlights radicalization, identity, systems of axiology, and systems thinking. Nassif is a Fulbright scholar and holds a PhD in Conflict Analysis and Resolution from George Mason University. She holds an MA in conflict transformation with an emphasis on strategic peacebuilding from Eastern Mennonite University and a BA in international affairs and political science with an emphasis on economics from the Lebanese American University in Beirut.