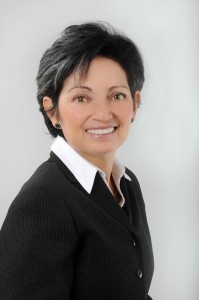 Charito is the founding member of the Latino Initiative on Restorative Justice (LIRJ), a nonprofit organization.  The mission of this vital group is to make known more broadly and deeply the principles of restorative justice, both domestically and abroad.  Of special concern is Latin America, as Charito is a native of Ecuador and has dual citizenship in both the U.S. and Ecuador. She is also the principal of the Center for Restorative Healing, LLC.

Her work, enlivened by her passion for justice, is varied and extensive.  It is work that has taken her abroad, as well as deepened local efforts to establish restorative justice in significant trouble spots of our society.

In November 2009, she was invited to present a paper on Juvenile Restorative Justice and the Media and to do a workshop on circles process to the First Worldwide Congress on Restorative Juvenile Justice in Lima, Peru.

The LIRJ, under Charito’s leadership, organized the 2010 Restorative Justice in Delaware Conference, which was well attended by judges, social workers, lawyers, members of the judiciary, probation officers and the general public. The main orientation of the conference was directed toward showing the broad ranges of application of restorative justice, and bringing the meanings of often misunderstood concepts of restorative justice into greater clarity.  LIRJ brought a variety of worldwide renowned presenters to the conference, including  Howard Zehr, Lorraine Stutzman-Amstutz, Barbara Toews, Nancy Riestemberg and Kay Pranis.  They spoke broadly about restorative justice in schools, the judiciary, the prison, in domestic violence situations and in land use planning. The LIRJ organized three focus groups from the conference as follow- up:  in education, the judiciary and domestic violence that year.

The year of 2010 brought other challenges to her busy schedule.  Charito was invited by the American embassy in Lima, Peru and Encuentros, Casa de la Juventud y Tierra de Hombres to teach a circle process training, to give lectures and workshops in Lima and Chiclayo and to be interviewed by national radio, TV and press about juvenile restorative justice. She looks forward to doing more work for restorative justice for both youth and adults in Latin America.

Charito was appointed on December 2011 as a Co-Chair of the Delaware Hispanic Commission by Governor Jack Markell to work on behalf of the Latino community. Additionally, Governor Markell appointed her as a member of the Heritage Commission that year.

The year 2011 also took her abroad for important work in Central America. Charito was chosen among many academics to win the contract to train 35 young leaders of seven countries in Central America and 35 journalists on restorative juvenile justice on February 21st to 25th and on February 28th, 2011.  This important outreach was part of a concentrated regional effort to address the many problems of youth made by UNFPA, SICA, NLUS/Soleterre, the Ministers of Justice and other organizations. Charito was chosen from an array of professionals due to her excellent and effective teaching methodology. She will continue to advise the young leaders in their country’s projects.

Charito was hired under the Youth Alliance Regional Program from USAID-SICA to train in Honduras. She introduced the principles of restorative justice to members of the judiciary, NGOs and social workers. She designed the training that brought her to train in Honduras three times in a year. She was the keynote speaker for the Forum on Restorative Juvenile Justice in Tegucigalpa on August 5, 2011 that was attended by 90 participants. The diversity of participants ranged from members of the Supreme Court to a young leader who traveled eight hours to attend the event. Charito was interviewed by the state television and La Tribuna newspaper. In addition, she recorded two television programs.

From December 12-16, 2011, Charito served as trainer on restorative justice for the Observation Trip of Good Practices and Restorative Justice Training in Costa Rica, where Honduras Supreme Court Justices, District Attorneys and Juvenile Judges from Honduras met their Costa Rican counterparts.

On December 6, 2011, the Youth Alliance Regional Program, the UNFPA, the Center for Justice and Peacebuilding of the Eastern Mennonite University and the Latino Initiative on Restorative Justice, Inc. united forces to interview Dr. Howard Zehr in a webinar event that was broadcasted to all Latin America. Dr. Zehr answered questions from various countries.  Charito hosted the event, with Dr. Vernon Jantzi translating.  A video of the interview entitled “The Essential Howard Zehr” is available.

In November 2012, Charito presented on restorative justice and trauma healing at the XI Congreso International de Psicología y Criminología—Crime, Prediction and Prevention, at Puebla, Mexico.  Eight hundred participants were there to hear her address.  She facilitated three other trainings on Circles of Peace and Trauma at the conference, as well as presenting at the Casa de la Amistad Friends Meeting in the Mexican capital. She has written two articles. One of them, The Circle Process and Restorative Justice, (El Proceso de Círculos en la Justicia Restaurativa), was published in 2014 in the book entitled Forensic Psychology, Human Behavior and Criminal Justice Courts ,(Psicopatología Forense, Comportamiento Humano y Tribunales de Justicia).   The second article on Circles and Trauma Healing will be published at the end of 2014.

In July 2012, she was part of a trauma outreach mission to Kenya, Rwanda and The Democratic Republic of Congo, where she facilitated a peace building training to former gang members in the slums of Nairobi, gave a lecture on restorative justice at the University of Nairobi, and shared dialogue with refugees, school children, elderly, battered woman, young people, and churches,  and praised them for their incredible resilience.  She spoke deeply about using a restorative healing method for peace and trauma healing.

In February 2013, Charito returned to Honduras. She was invited by the Forum of Women in Defense of Life to give a Restorative Justice and Trauma Healing training to women with histories of abuse, and to be the keynote speaker for a forum celebrating Women’s Day in San Pedro Sula. She was invited by the Violence and Crime Prevention State Agency to present another set of trainings at Tegucigalpa.  Members of the judiciary, the prevention agency, psychology students and child protection agencies attended this event. She also gave trainings to children who had committed crimes.

Charito was hired by the Congress of Ministers of Justice of Iberoamerica, (COMJIB in Spanish), to provide a four-day training on Restorative Juvenile Justice to 33 Judges and Magistrates from seven Central American countries in Guatemala City, Guatemala, in August 2013. Additionally, she also was hired to write a Restorative Juvenile Justice Manual and the Facilitators Manual to instruct restorative justice principles and applications to judges of the seven Central American countries and the Dominican Republic.

Charito is the first Latina ever to be selected as a Visitor Scholar and Speaker Bureau of the Delaware Humanities Forum to teach restorative justice, circles and peace building and diversity, both in Latin America and in schools and organizations of the entire state.

Charito continues to produce and host the longest known Spanish radio show on restorative justice stories entitled “For a Culture of Peace.”  She serves as an ex-officio member of the Center for Community Justice, and is the Implementer of Peacemaking Circles for the program.