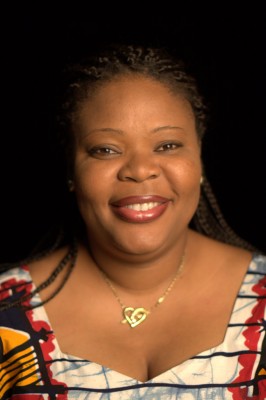 On Friday of last week, I had the most fun day at work ever. I had the fortune of being the web & social media nerd for the alma mater of a Nobel Peace Prize winner! Liberian nonviolent peace activist, Leymah Gbowee, was one of three women to win the 2011 prize. She is also a 2007 alumna of Eastern Mennonite University’s Center for Justice and Peacebuilding (CJP), where I have been studying and working for the past three years. Leymah has been back on campus a time or two since I arrived in 2008, and I even got to hang around behind the camera while one of my teacher-colleagues, Paulette Moore, filmed this short interview with Leymah about her time at EMU. She is truly an amazing person and commands a powerful presence when you’re around her.

In my 10+ years as a professional web nerd, I’ve never been involved in anything that’s “gone viral,” until Friday. We weren’t caught completely off-guard at CJP, as we’d been hearing rumors of Leymah’s being considered for the prize for months. But that still didn’t prepare for me for riding the social media tidal wave on Friday morning, when the winners were announced. It was the quickest 5.5 hours of my professional life, keeping track of the activity on Facebook and Twitter, watching with amazement when at one point on Friday morning, “Leymah Gbowee” was one of the top-trending phrases in the U.S. on Twitter. When the digital dust settled by Monday morning and I checked stats, I saw that the EMU website as a whole doubled its traffic on Friday alone, not to mention the thousands of “likes” on the EMU News article which announced her winning.

Making this all the more exciting for folks at EMU is the fact that Leymah is coming to campus this weekend – which is homecoming – where among other things she will be named EMU’s Alumnus of the Year. Here are a few links which document the online “Leymah mania” which has taken hold at EMU: Brian Gumm is Web & Information Systems Coordinator for EMU’s Center for Justice and Peacebuilding (CJP). A licensed minister in the Church of the Brethren, he is also in his final year of graduate studies at EMU, finishing an MA in Conflict Transformation from CJP and an Mdiv from Eastern Mennonite Seminary. He blogs on theological peacebuilding at Restorative Theology, where this post originally appeared.