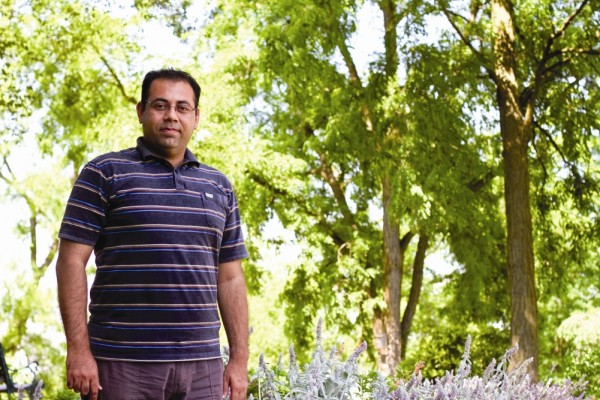 Mohammad Ishaq Israr used to be a schoolteacher. But in 2005, when northern Pakistan was devastated by a major earthquake, Ishaq rushed to help and decided, after three months, that he was better suited to disaster assistance than to teaching.

That’s what Ishaq was doing when he met Ali Gohar at a conflict resolution training sponsored by JustPeace International. Ali, who was growing his organization to its current level of eight staffers, recognized Ishaq to be a bright, well-motivated man, with a kindred spirit. Ali brought Ishaq aboard in 2008 and began training him in mediation skills, restorative justice, conflict analysis and trauma healing.

In the summer of 2010, Ishaq’s old skills in handling natural disasters were suddenly needed again. Flooding affected 20.4 million people in Pakistan — more than the total number affected by the 2004 tsunami, the 2005 hurricane in New Orleans, the 2005 earthquake in Pakistan, and the 2010 Haiti earthquake.

“We diverted all of our funds and ourselves to disaster assistance,” said Ishaq. “You can’t talk to people about dispute resolution when they are in the water!”

On May 13, 2011, JustPeace broke new ground by holding an interfaith seminar, with Hindu, Muslim and Christian participants. The seminar participants all agreed that the treatment of religious minorities in Pakistan was deplorable, but Ishaq said Ali sought to show them how they could work together to ease some of their problems.

For instance, one group of 40 or 50 Christian households was suffering from contaminated water supplies that the authorities refused to fix. Ali said, “Well, how much will it take to fix this problem?”

In each village, JustPeace International tries to ensure that the Muslahathi committee, made up of volunteers working from the police station, includes at least one representative of a minority group from the area, along with, if possible: a lawyer, social worker, religious scholar, retired police officer, retired revenue officer, and a number of women, with the goal of having at least one woman for every five men.

One of Ishaq’s favorite cases involved a “punishment” whereby a young boy who did property damage had to read the newspaper to unschooled elders in the (Hujra) traditional community center each evening. After his three-month sentence was over, the boy happily opted to keep reading to the old men.

Ishaq says such interactions may help restore the kinds of community relations he recalls from his childhood 25 years ago: “Each village used to have a community center – basically one open room – where people would often eat together, play cards, games, and music, tell stories, and monitor the activities of the children. A traveler passing through was welcome to sleep there as our guest. I used to love to play marbles there.”

In late spring 2011, Ishaq came to EMU’s Summer Peacebuilding Institute to take courses on restorative justice and on monitoring and evaluation.

9 comments on “Disaster and Peace”