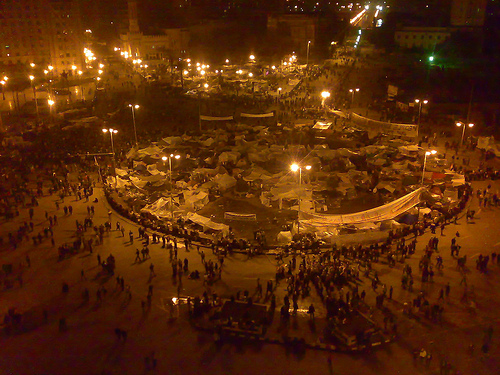 Not too long ago, I met up with a friend of mine who used to be an analyst for the State Department.  One of the hot topics of our dialogue included the subject of peacebuilding efforts in Africa.  During the conversation, he recounted a story about a project he was involved with where he was tasked with helping evaluate a peacebuilding project in Northern Uganda.  The project involved building a peace center and culminated in hosting two peace conferences where the opposing parties were both brought to the table.  The recipients of the money were very proud of their achievement, however when my friend asked them this question: “What difference have these conferences made to decrease conflict in the area,” they didn’t know the answer.  This vignette highlights the difference between outputs (hosting a peace conference) and outcomes (a decrease in violence) and the particular complexities of trying to monitor and evaluate conflict.

My last post was about Ushahidi and its novel approach to monitoring conflict through the combination of SMS, Twitter and geo-mapping.  At the center of the Ushahidi methodology for crisis monitoring is crowdsourcing: the use of the general public’s knowledge or opinion to provide information.  Most of us benefit from crowdsourcing every day.  When we shop on Amazon, we look at an item’s reviews.  When we rent a movie on iTunes and Netflix, we look at its ratings.  These both use crowdsourcing methods.

Contrast this use of the general public to provide information about conflict in an area with the idea of using experts in different fields to provide us with more informed opinions and observations founded in a deeper knowledge base of experience.  We benefit from this approach, for instance, when we want to buy a large appliance and go to Consumer Reports, whose expert staff has information on thousands of items.

Weaknesses of a Ushahidi: Limits to Access
While there is great innovation in harnessing the general public’s information through crowdsourcing via SMS and Twitter, these methods have their drawbacks.  First, Ushahidi utilizes a small army of volunteer computer programmers to implement a specific version of the map when a new crisis arises.  The code is “open source” meaning that anyone can have access to it, but unless you are a programmer or know programmers, this is really of no use.  Having the code open sourced also allows anyone to create their own customized version of the crisis map.  In the recent uprising in Egypt, there were five different versions of crisis maps created by several different factions.

Another significant weakness to the method is that you do not know who is providing the information.  Because of this, there could be disinformation sent.  Ushahidi attempts to guard against this through validating both users and content.  Perhaps Ushahidi’s greatest weakness is its dependence upon the general public’s access to cell phones and internet.  Countries in Africa with the highest cell phone penetration include South Africa (85%), Egypt (70%), and Kenya (50%).  The people who live in poverty typically are most susceptible to violent acts and marginalization and can rarely afford a cell phone.

An alternative to Ushahidi: Experts and SMS
A less expensive, lower-tech alternative to Ushahidi is using experts to relay information using SMS texting.  This is what my company did in the 2010 Burundi presidential election to monitor the post-election violence.  In Burundi, primary schools function as community centers where information is exchanged and where networking occurs.  Because of this, primary school teachers were used as “experts” and were sent questions through SMS, asking about any election-related violence they saw or heard about from credible sources in their networks.  The results of this surveillance indicated a low level of violence related to the election, which was validated through various media reports coming out of the country.  This approach avoided many of the weaknesses of Ushahidi, especially given Burundi’s low cell phone penetration rate of only 10%.

Despite the challenges of monitoring and evaluating peacebuilding efforts, practitioners in the field have increasing access to a variety of tools that can strengthen the capacity to better evaluate their work and leverage their impact.  As these monitoring and evaluation tools begin to be used more effectively, stories like the one in Uganda will hopefully occur less frequently. [Mara J. Roberts (MA, ’11) is the Director of Conflict Recovery at New Dominion Philanthropy Metrics.  This is the second post in two-part series on the use of technology in monitoring conflict (see part one). Acknowledgements: David Roberts, who oversaw the technical details of the 2010 Burundi election violence surveillance, contributed to this article.]