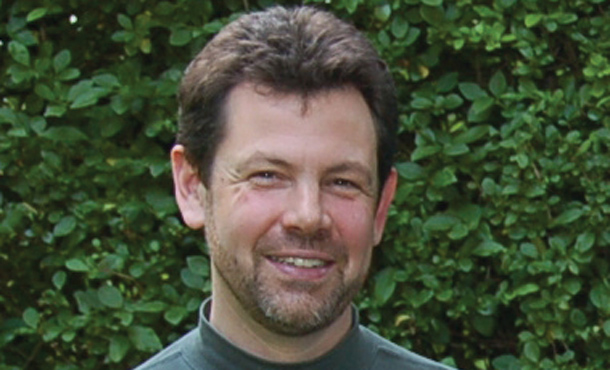 Between 1997 and 1999, the McKays settled their family of four – their daughter was then age two and their son three months – in Harrisonburg to enable Alastair to earn his master’s in conflict transformation. As foreign nationals on student permits, neither Alastair nor Sue was permitted to work in the United States. They had to rely on their savings and support garnered from other sources. Yet, Alastair says, “we never, never regretted it [the financial sacrifice].”

At the time, Sue and Alastair were members of the Wood Green Mennonite Church in London. This was closely linked to the London Mennonite Centre, where Alastair co-founded Bridge Builders in 1996, becoming its full-time director in 1999.

As the children entered their teen years, the family circled back to Alastair’s Anglican roots. In fact, Alastair is now exploring whether it is God’s call for him to be an Anglican priest, “forever influenced by my years in the Mennonite Church.”

Bridge Builders struggles, however, with attracting the funds necessary for its work. “British churches are not used to paying for outside help, and they tend to have much smaller budgets that those in the US,” says Alastair.

Alastair supplemented his CTP courses with coursework at EMU’s seminary. CJP professor Dave Brubaker has done trainings with Alastair in the UK, and Alastair returned to EMU in 2007 to co-teach a seminary course on congregational conflict with Brubaker.