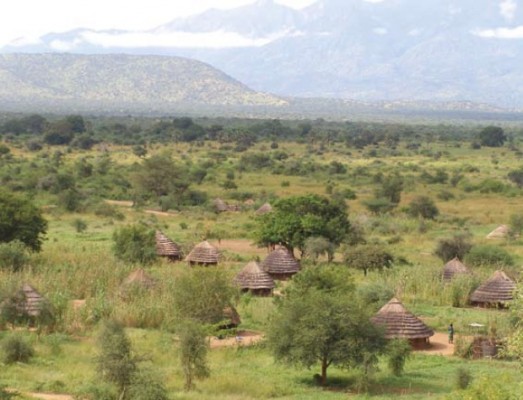 This April CJP, under contract with Catholic Relief Services-Sudan Program, will wrap up nine months of “Leadership in Peacebuilding” training in South Sudan in which men and women representing various constituencies in the region – including the government, military, and ethnic communities – were brought together for an intense, in-depth educational experience.

“This is the most ambitious – and possibly far-reaching – peacebuilding program we have ever done,” says Jan Jenner, director of CJP’s Practice Institute. “If it is successful, it could be a model for tilling the soil and sowing seeds of peace in post-conflict zones elsewhere.”

Funded and staffed by Catholic Relief Services (CRS), the South Sudan program consists of six workshops, each attended by the same group of 43 people for five days. Almost all of the participants have experienced trauma themselves as a result of spending their entire lives in a region wracked by more than 50 years of war.

“We could not do these trainings without the grassroots networks, trust, and logistical support – not to mention funding – of CRS,” says Jenner.

“We are continually refining the workshops, based on the feedback we receive,” says Jenner. “It’s really a group process, where we are all teaching each other.” There are always at least two facilitators, one employed by EMU and one based in the region.

The workshop participants often represent different interests in the still-simmering conflict in South Sudan. By the end of the training, participants will emerge with the tools and skills they need to, in turn, run their own workshops and train hundreds of others in peacebuilding. The six workshops build on each other in this sequence:

Participant evaluations are carefully studied after each workshop. So far (after workshop #3), responses have been overwhelmingly enthusiastic, though valuable suggestions are sometimes offered. One participant, for instance, asked that leaders from cattle-raiding areas be invited. Another asked that more chiefs be invited instead of sending trained young people to the chiefs. “I think this is very important,” wrote the participant, seeking to stress that aged chiefs generally have more influence than young to middle-aged adults in southern Sudan.

Elaine Zook Barge, co-facilitator of several of the workshops in Sudan, adds: “The Sudan-based CRS employees involved in this project (Adele Sowinska, Paul Nantulya, Anisia Achieng and others) possess long-term and valuable knowledge of a very complex political and social situation. Without them, it would be difficult – perhaps impossible – for EMU to play a role in breaking the cycle of victim-hood and violence in individuals and communities in Sudan.”

Nantulya, who is the main liaison in Sudan between CRS and EMU’s Center for Justice and Peacebuilding, paid a visit to EMU in the fall of 2007 to participate in Seminars on Trauma Awareness and Resilience (STAR).

Afterwards he wrote to Zook Barge, who directs STAR: “My visit to EMU was a profoundly transformative experience for me. It was humbling to see just how sensitive the EMU community as a whole is to developments in the rest of the world. CJP is clearly embedded in an environment which projects and promotes the very values which the centre stands for. There is no doubt that we will do great things in the Sudan.”

CRS and CJP are exploring replicating this “Leaders in Peacebuilding Program” in other areas of South Sudan.