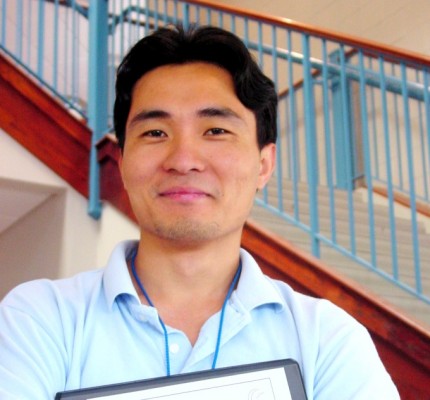 Jae Young Lee, MA ’03, has founded a regional peacebuilding institute, Christian Peace Academy, at Korean Anabaptist Center in Seoul, where he is based.

“I am one of the team members involved in a pilot project of RJ (restorative justice) in Korea that officially began in 2006,” Lee writes. “The Korean Institute of Criminal Justice Policy is developing a Korean model of VOMP (victim-offender mediation program) to apply to school violence.

“Korean society has tried to find an effective way of dealing with school conflicts and yet there has not been much improvement. With a team of researchers and mediators, we are trying to develop the workable-in-Korea model of victim-offender mediations.

“I have been designing the model, including facilitating the process with cultural sensitivity, deciding who should be involved, and what kind of education the mediator needs.”

Lee has translated and edited some RJ resources into Korean, including Victim Offender Reconciliation Program (MCC, 2003) and Changing Lenses by Howard Zehr.

In August 2007 he led the first official victim-offender mediation program in Korean history. The session came about as part of a pilot project for school violence victims and offenders by Women Making Peace Conflict Resolution Center and Korean Criminal Justice Research Institute. The Seoul Metropolitan Police Agency has opened 13 police stations to assist with the project.