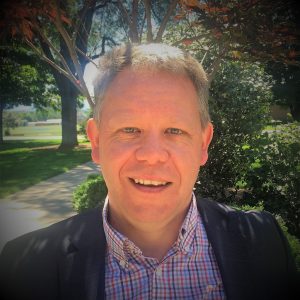 Robert obtained a MA in Romance Languages (’87) and in Law (’92) at the Catholic University of Leuven (KUL). He started as a teacher and then for a number of years practiced Law in a Brussels based private Law firm specialized in commercial mediation and contract law. In 1995 he joined the Government Service at the Ministry of the Interior as a legal adviser and community mediator in language minority rights. Later that year he joined the KU Leuven Centre for Peace Studies to study International Relations with a focus on Cross-cultural Mediation and Conflict Resolution. From 1997 on Robert shifted focus to Conflict Transformation and Peacebuilding while diversifying his approaches to the indigenous Belgian identity conflict. In the subsequent years he attended the Summer Peacebuilding Institute of the Centre for Justice and Peacebuilding at Eastern Mennonite University where he graduated in 2004 with a MA in Conflict Transformation. In early 2008 Robert joined the newly created Peacebuilding Desk at the Belgian Ministry of Foreign Affairs where he was a member of the Africa team. In 2013 Robert took up a new position at the Africa Desk in support of the Belgian Sub-Sahara Diplomacy. His main focus lies on international justice issues including international mediation, transitional and restorative justice processes. Robert is also Country Desk for a number of countries in the Gulf of Guinea and Coastal Central Africa.