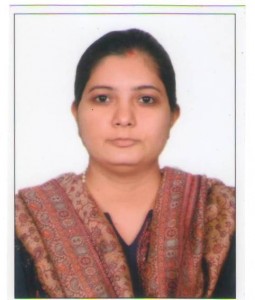 In April 2013, Dr. Kaushiki became an associate professor and in August 2013, published a simple reader (Issues in Peace and Conflict) for post graduate students. An article of hers was also published in a national journal (‘Gandhian Nonviolent Action: A Case Study of Aung San Suu Kyi’s Struggle in Myanmar’ in Gandhi Marg, quarterly journal of the Gandhi Peace Foundation, Volume 34, No. 2 & 3, July-December 2012).

In 2010 and 2011, Dr. Kaushiki contributed 13 chapters to course materials developed for the master’s programme in Gandhi and peace Studies, a program conducted by the Indira Gandhi National Open University (IGNOU). In 2010, Kaushiki was a part of a team that developed a book on peace education for school teachers (Ways to Peace: A Resource Book for Teachers), which was published by the Department of Educational Psychology and Foundations of Education, National Council of Educational Research and Training (NCERT) in New Delhi.

Over the past nine years, she has pursued interests in peace education/education for peace through workshops, paper presentations and publications.