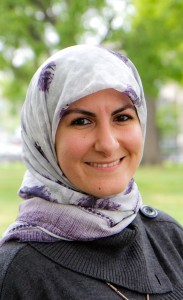 In March 2012, Jana learned that she was one of fewer than three dozen chosen by the World Bank out of 10,000 applicants to be in its Young Professionals Program. This two-year program, which begins each September, is a stepping stone for permanent employment with the World Bank. To be considered for the program, a candidate must be fluent in English and another “World Bank language,” hold a master’s degree and have three or more years of “relevant professional experience or continued academic study at the doctoral level.” El-Horr, who is from Lebanon, previously worked with the American Islamic Congress where she was the Washington D.C. program director and an international trainer, the latter position involving conflict- resolution training workshops in Iraq.